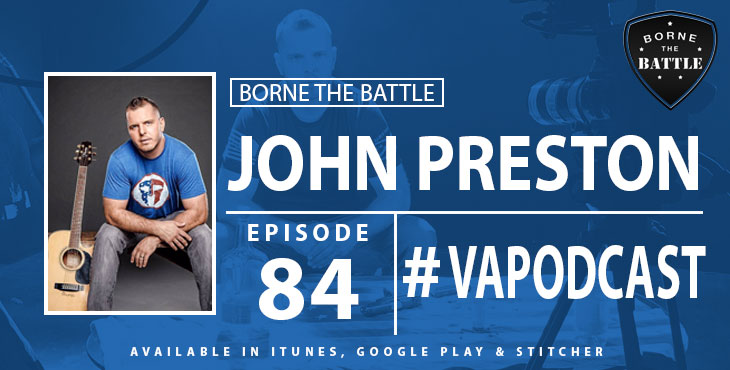 Suicide prevention and Veteran suicide is an important topic for us all. Secretary Shulkin and VA continue to make it a priority. Personally, I’ve been talking to people about this topic for several years, to include sharing my own suicide attempt. Whenever I get the opportunity to talk to a Veteran about mental and emotional health, I do not take the occasion for granted.

I was wandering a social event at the Military Influencers Conference when I met John Preston. John is a Marine Corps Veteran that is pursuing a career in music. He has struggled with PTSD, alcohol dependency, and suicidal behavior. His music is inspired by his emotional struggles, the passing of his father, his brother’s suicide, and other events in his life.

John was nice enough to join me for an interview and shared his life from joining the military to where his career is now. This is a powerful episode and one you’ll definitely want to listen to.