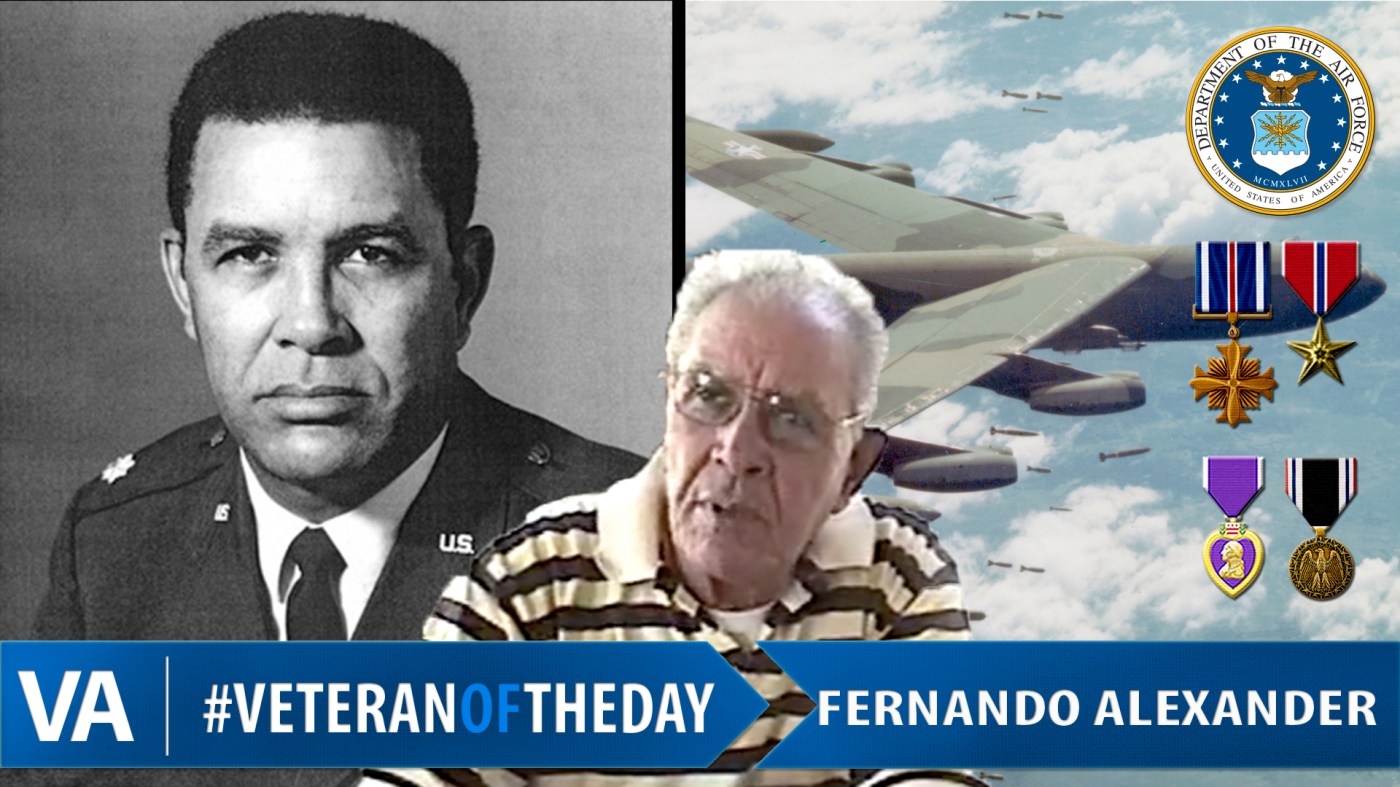 Today’s #VeteranOfTheDay is Air Force Veteran Fernando Alexander. Fernando served during the Vietnam War from 1952 to 1979.

Fernando was born in Dallas, Texas and enlisted in the Air Force on May 1962. He entered the Aviation Cadet Program and received his commission as a second lieutenant on July 1952. Fernando earned the aircraft radar operation rating on July 1953 and served as a KB-29 radar operator with the 321st Strategic Reconnaissance Squadron stationed in Forbes AFB, Kansas from November 1953 until July 1954. Fernando was then stationed in MacDill AFB, Florida from March 1955 to August 1959. In Florida, he served as a B-47 Stratojet Navigator with the 368th Bomb Squadron after completing training as a Navigator Bombardier at Mather AFB, California.

On July 1968, Fernando went on to his next assignment with the 346th Bomb Squadron at Westover AFB, Massachusetts. He deployed to Southeast Asia in support of the Vietnam War four times between September 1968 to December 1972. During his fourth deployment, he was taken as a prisoner of war on Dec. 19, 1972 when his plane was shot down. Fernando spent 101 days in captivity before being released during Operation Homecoming on March 29, 1973.

Fernando served at McClellan AFB, California, before serving as commander of the Air Force ROTC program at Fayetteville State University in Fayetteville, North Carolina. He served from September 1977 until his retirement from the Air Force on Oct. 1, 1979.

Thank you for your service, Fernando!