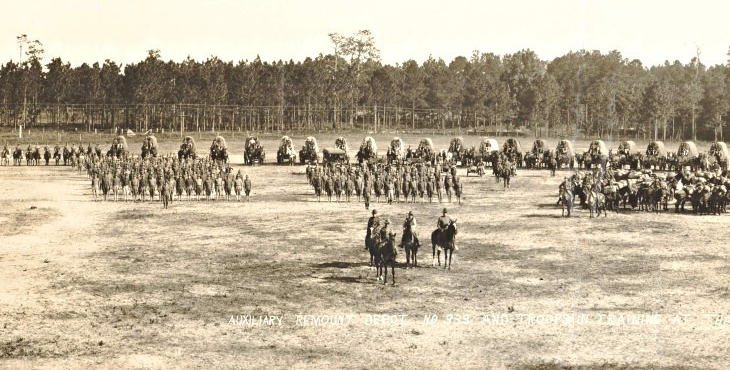 Pvt. Archie Hawkins was a proud World War I Veteran.  He is one of thousands of African-Americans who served in the United States military during the war.  In honor of the 100th anniversary of World War I, the National Cemetery Administration is proud to share Hawkins’s Veterans Legacy and honor the contribution that he and so many other African-Americans made during that war.

When the United States entered World War I, Hawkins was eager to serve. He registered for the draft twice despite being too young to do so.   The Army selected Hawkins for service in September 1918.  He joined a segregated African-American unit, Auxiliary Remount Depot No. 333, at Camp Joseph E. Johnston in Jacksonville, Florida. Though the unit never served overseas, they still worked in hazardous and unsanitary conditions.

Despite serving honorably, Hawkins and other African-American Veterans were still subject to social injustices when returning home after the war.  His hometown did not recognize his service in the same way that it did the service of white soldiers.  Nevertheless, Hawkins’s contribution to the war helped pave the way for the advancement of civil and political rights of all African-Americans.

Hawkins passed away on February 27, 1989 and was laid to rest at Florida National Cemetery.

In 2017, the Veterans Legacy Program partnered with the University of Central Florida to conduct research on Veterans buried at Florida National Cemetery.  Students wrote over 100 biographies for Veterans buried there, including Archie Hawkins.  The story of his life, service, and lasting legacy is now shared with the public.

Please join us in recognizing the contribution and Veterans Legacy of Pvt. Archie Hawkins, and read the full biography here: