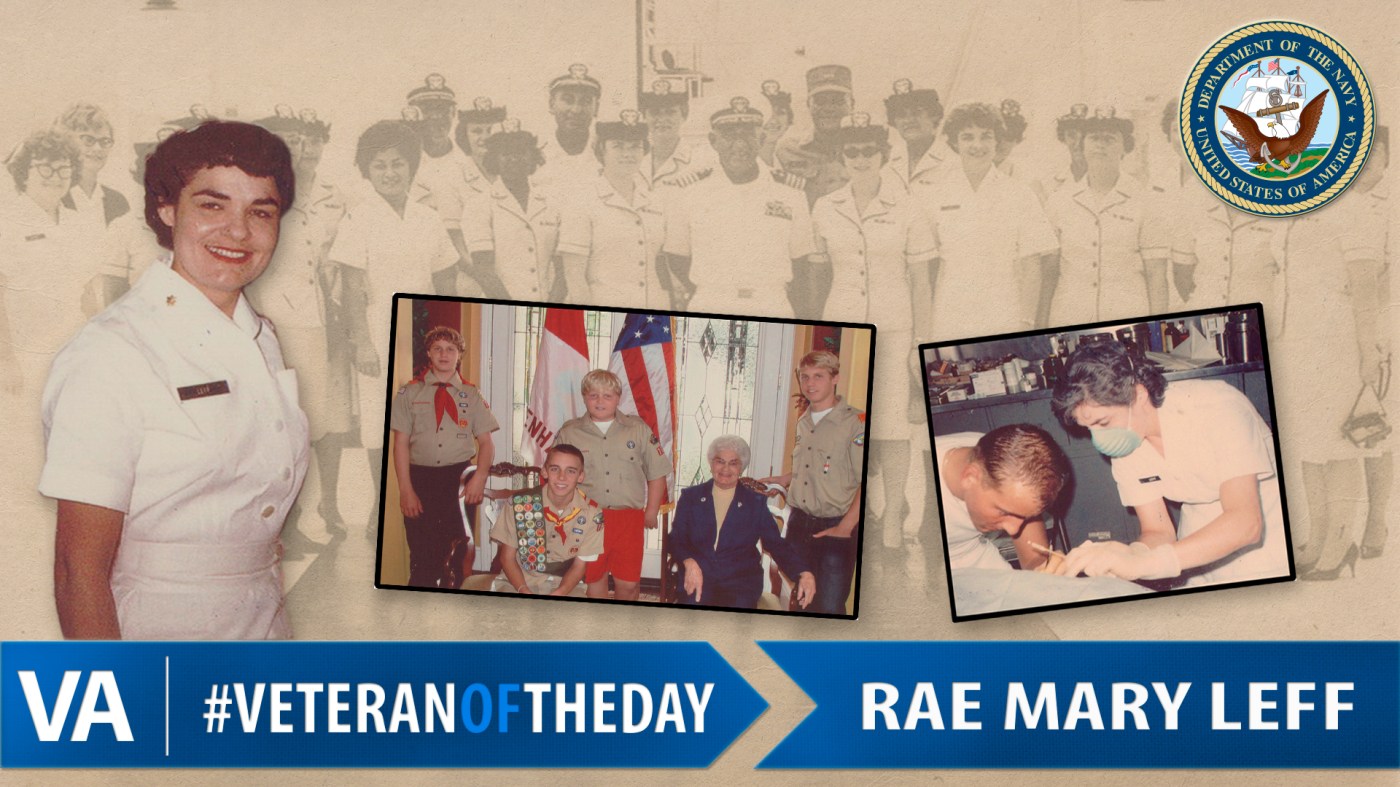 On Aug. 18, 1929, Rae was born in Pittsburgh, Pennsylvania. She was a nurse in Pennsylvania until she felt inspired to join the Navy as a nurse. She enlisted voluntarily because of her deep patriotism and desire to serve her country and tend to the military men and women in service. As a nurse, she worked in both the surgical ward and neuro-surgical ward.

In an interview for the Veterans History Project, Rae reminisces on her days in the Navy Nurse Corps aboard the USS Repose (AH-16) during the Vietnam War. Rae was a nurse on the hospital ship. Some of the locations that the ship visited included Guam, Midway Island, Vietnam, Japan and St. Augustine, New York (the ship’s home base). Although the ship visited many locations across the globe, Rae points out that the ship spent long periods of time out at sea that ranged from 40 to 60 days.

Rae says that the experience was heartbreaking at times, but ultimately very rewarding. She felt a great deal of pride and that she was a real part of the military. In her interview, she states that her and her fellow nurses aboard the ship are still the very best of friends years later.

Thank you for your service, Rae!