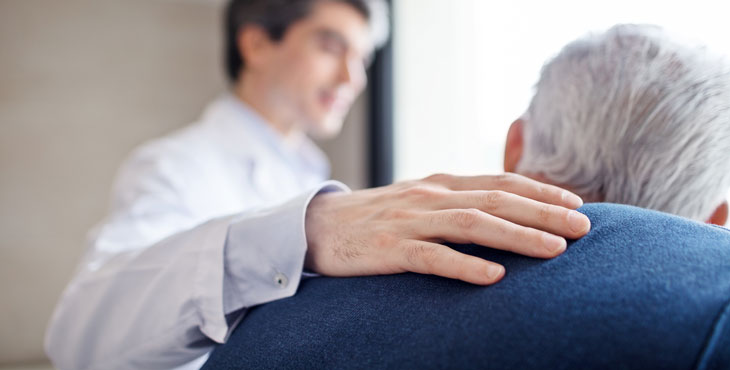 By the late 1970s, benzodiazepines ranked among the most commonly prescribed medications in the world. These include Valium, Xanax and related medications that help calm activity in the brain. For many patients facing conditions such as anxiety, posttraumatic stress disorder and depression, “benzos” became the answer.

But over time, that answer began to raise serious questions.

There is increasing evidence that benzodiazepines — along with other medications commonly prescribed for sleep, called “sedative hypnotics” — can increase the risk for adverse events like falls, hip fractures, cognitive impairment, motor vehicle crashes, drug dependence and withdrawal, and even death by overdose.

In October 2015, VA launched a nationwide effort to address the issue in a particularly vulnerable population: Veterans ages 75 and older. This effort marked phase two of VA’s Psychotropic Drug Safety Initiative (PDSI), and it aimed to reduce the use of these medications, encourage the use of safer therapies and appropriate monitoring, and enhance prescribing practices for older Veterans.

“There are a lot of Veterans that I have met who have been taking these medications for a very long time,” said Dr. Ilse Wiechers, a VA geriatric psychiatrist and an assistant clinical professor of psychiatry at Yale University’s School of Medicine. “They were started many, many years ago by a very well-meaning and well-intentioned provider who was trying to help them, usually with problems with sleep or with anxiety. In the interim … we now have evidence that shows there are safe and effective treatments for things like insomnia and anxiety disorders that are less potentially risky and harmful.”

By June 2017, the initiative had achieved dramatic results: More than 30,000 Veterans benefited from improvements in prescribing practices, and the number of Veteran outpatients who received prescriptions for benzodiazepines or sedative hypnotics fell by more than 20,000.

“We really wanted to focus on these older Veterans because there’s a growing number of older patients coming into our system,” said Wiechers, who is the national director for PDSI. “Because they are so vulnerable to some of the side effects of [these] particular medications and the VA is well-equipped to provide alternative, evidence-based treatments, we wanted to make sure that they’re getting the best treatment possible and not being prescribed these medications in excess.”

Here’s how it worked: VA facilities across the country selected at least one of 14 prescribing metrics to prioritize over the course of the initiative. For example, some chose reducing benzodiazepine use by older Veterans, while others chose to monitor for particular side effects in Veterans taking an antipsychotic.

The PDSI program office then provided the facilities with support tools, technical assistance, educational and collaboration opportunities, and quarterly metrics to monitor progress. Facilities that may have widely prescribed benzodiazepines for insomnia prior to PDSI relied more heavily on cognitive behavioral therapy instead. Likewise, those that had prescribed benzodiazepines widely for anxiety may have shifted toward alternative, safer pharmacotherapy like antidepressants.

As a result, overall performance across the entire VA improved in all 14 metrics.

“The thing that I was most excited about … was the success that we had in reducing the use of benzodiazepines and sedative hypnotics in our older Veterans,” Wiechers said. “This has often been viewed by both patients and their providers as something that is difficult to do. They often will push back on the idea that we should be targeting reduction of benzodiazepines, because they’re really hard to taper off, or at least people believe that they’re really hard to taper off. But we were able to have quite a bit of success.”

That was the case in Veterans Integrated Service Network (VISN) 16, where six of the eight facilities made it a priority to reduce the prescription of benzodiazepines.

“We have had patients on the front end that were very, very agitated that we were reviewing the case and suggesting to discontinue [the use of benzos],” said Dr. Jason Hawkins, the pharmacy executive for VISN 16. “The reward of that was, a few months later, we would have either the patient or the family members come back and actually thank the staff at the facility for holding our ground and really looking out for the best case for the Veteran. They would say things like they could actually remember interactions with their family now, rather than just being in a haze for a few years.”

Both Hawkins and Dr. Stacy Hargrove, an academic detailer for VISN 16, said the initiative benefited from Wiechers’ close work with individual VISNs. In addition, the PDSI dashboard proved a particularly effective tool, providing near real-time updates on how facilities were doing in all 14 metrics. With just a few clicks on the dashboard, staffers could drill down to actionable data, such as a list of all patients in the facility, ages 75 and older, with an active prescription for a benzodiazepine.

“I found that some providers, before I kind of demoed it with them, were just a little intimidated by the idea of the dashboard and trying to find information in it,” Hargrove said. “But once they saw how really simple it was to use, they were much more comfortable. So, in some ways, this was unique in that it was just very user-friendly — easy to get the data, easy to get the information you were looking for.”

The PDSI team has now turned its attention to a critical next phase: improving access to medication-assisted treatment for Veterans with opioid and alcohol use disorders. Particularly in the case of opioids, Wiechers calls it “an issue of life and death with people.”

Already, the team has applied one lesson from its work targeting benzodiazepines: “The more facilities we have focusing on one specific performance area, the greater impact we can have across the whole system,” she said. So instead of addressing 14 metrics, the team now focuses on just two, with about half of the VA health system working on alcohol misuse and the other half on the opioid issue.

“I really think that we’re going to see a much more robust impact across the entire system,” Wiechers said. In VISN 16, Hawkins sees successes to build on as well. “Just empower the leaders,” he said. “The leaders are already in place, already engaged. Give them the information they need, and let them take ownership.”

About the author:  This article was provided to VAntage Point by VA’s Office of Mental Health and Suicide Prevention.