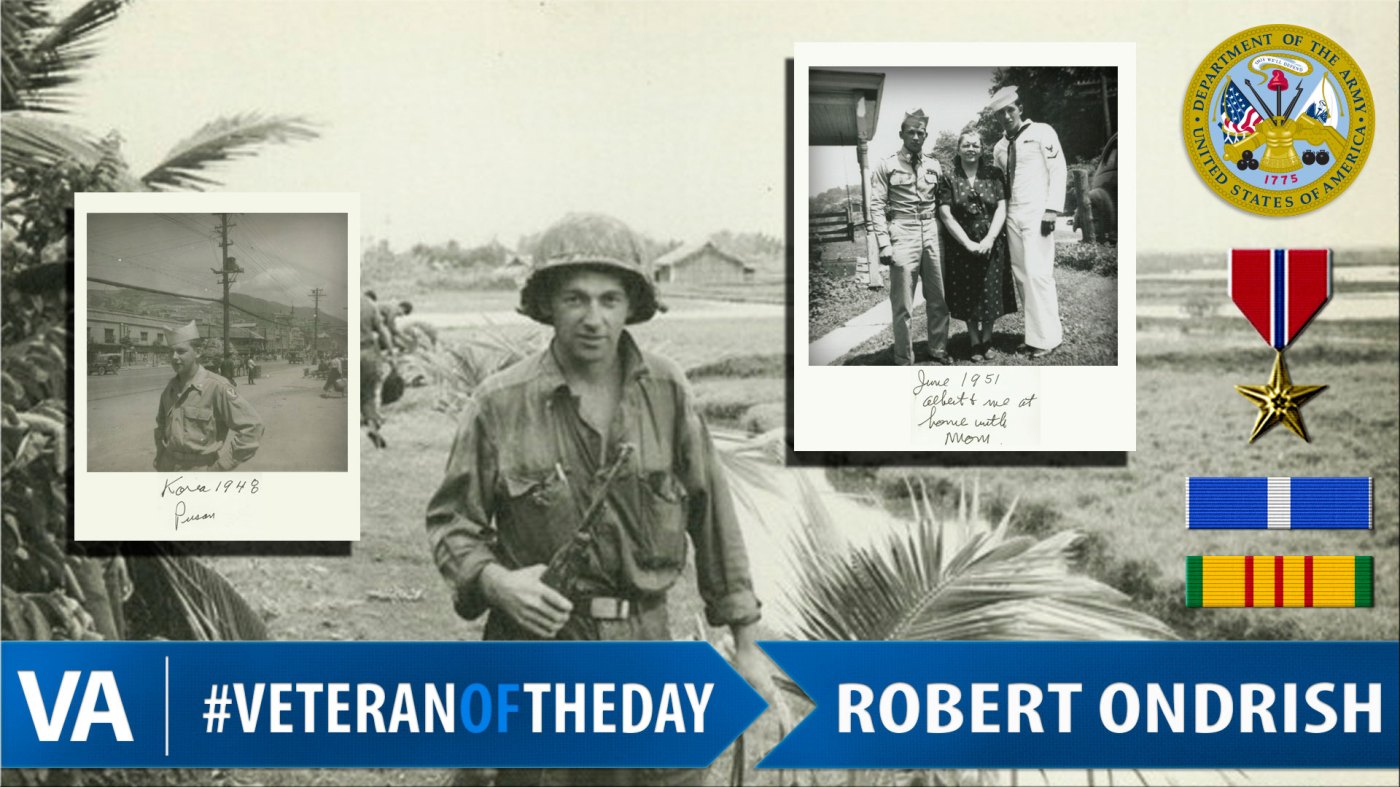 Today’s #VeteranOfTheDay is Army Veteran Robert Ondrish. Robert served from 1947 to 1968, including during the Korean War and the Vietnam War.

Robert was born in October 1929 and enlisted in the Army in 1947. He completed basic training at Fort Jackson, South Carolina, and became an infantryman. Robert was assigned to Korea in February 1948 and served in Pusan and Osaka, Japan, before the Korean War. He returned to the United States and extended his enlistment by a year. Robert was sent to Korea in July 1950 after the start of the war.

Robert’s unit fought in the Battle of Pusan Perimeter, one of the first major battles of the Korean War. They then pushed north through Korea- a time in which Robert recalled seeing combat nearly every day. He became a squad leader during this campaign.

Robert returned to the U.S in the Spring of 1951. He married his wife, with whom he had two children, and served in Baumholder, Germany. He later worked as an Army ROTC instructor at South Dakota State University. After the start of the Vietnam War, Robert was assigned to Panama for jungle warfare training before traveling to Vietnam. He returned to his home in Indianapolis in 1964 and joined the Army reserves. He was awarded the Bronze Star and later earned a degree through the GI Bill and worked for the United States Geological Survey.

Nominate a Veteran for