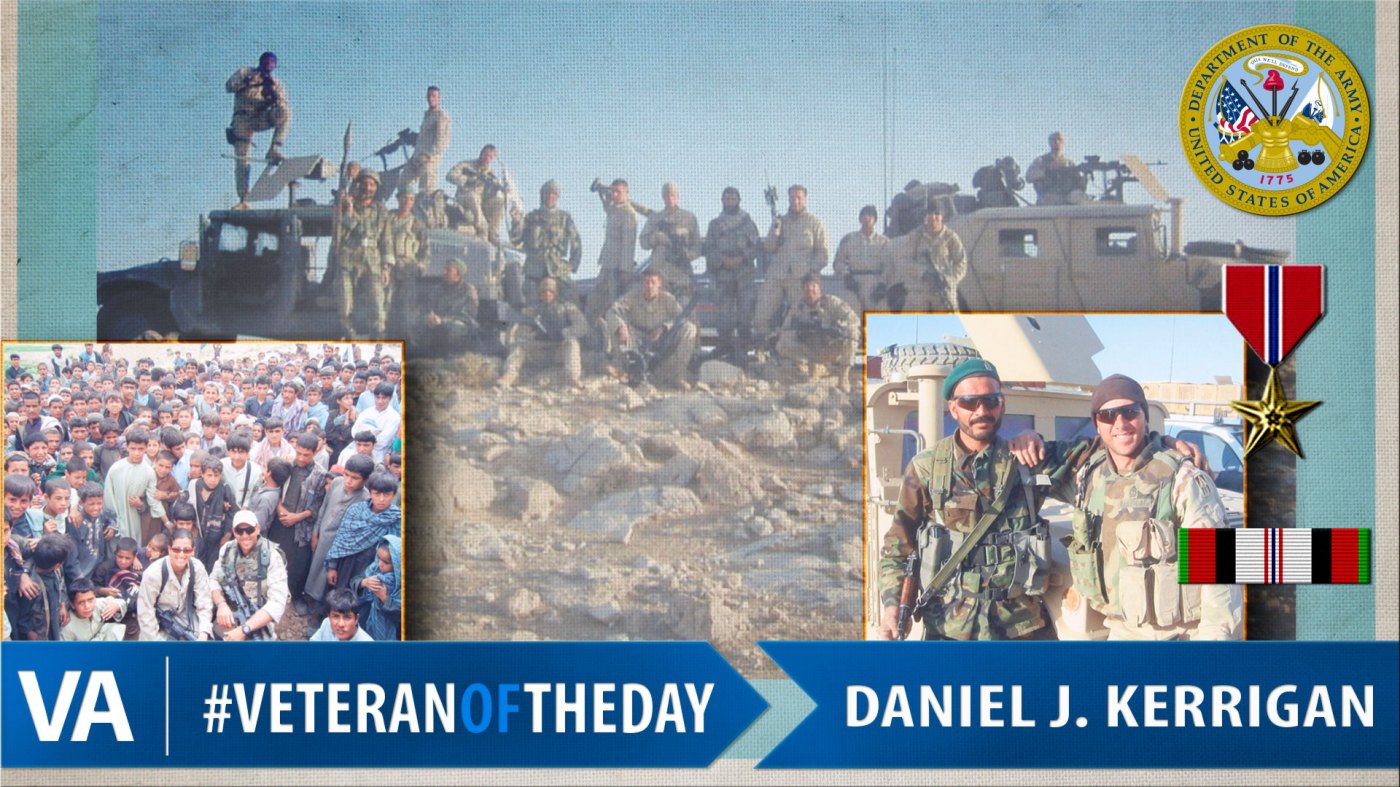 While living in Kalamazoo, Michigan, Daniel desired to serve his country in the United States Army. After initial trouble passing the military’s standard hearing test, Daniel enlisted in the Army on Oct. 25, 1990, as the military occupation specialty of 11X at 27-years-old. Daniel excelled in boot camp and infantry school.

In July of 2004, Daniel deployed to the Kandahar province, Afghanistan, to participate in Operation Enduring Freedom. Attached to Charlie Company of the 25th Infantry division, he and his partner, Major Robert Doshee, were tasked to mentor and train an Afghani unit and their leaders. During his combat deployment in Afghanistan, he was awarded the Bronze Star with valor for saving the life of his friend, Steve DeYoung. Along with the Bronze Star, Daniel also received the Afghanistan Campaign medal and a Purple Heart. Daniel left active duty in 2007.