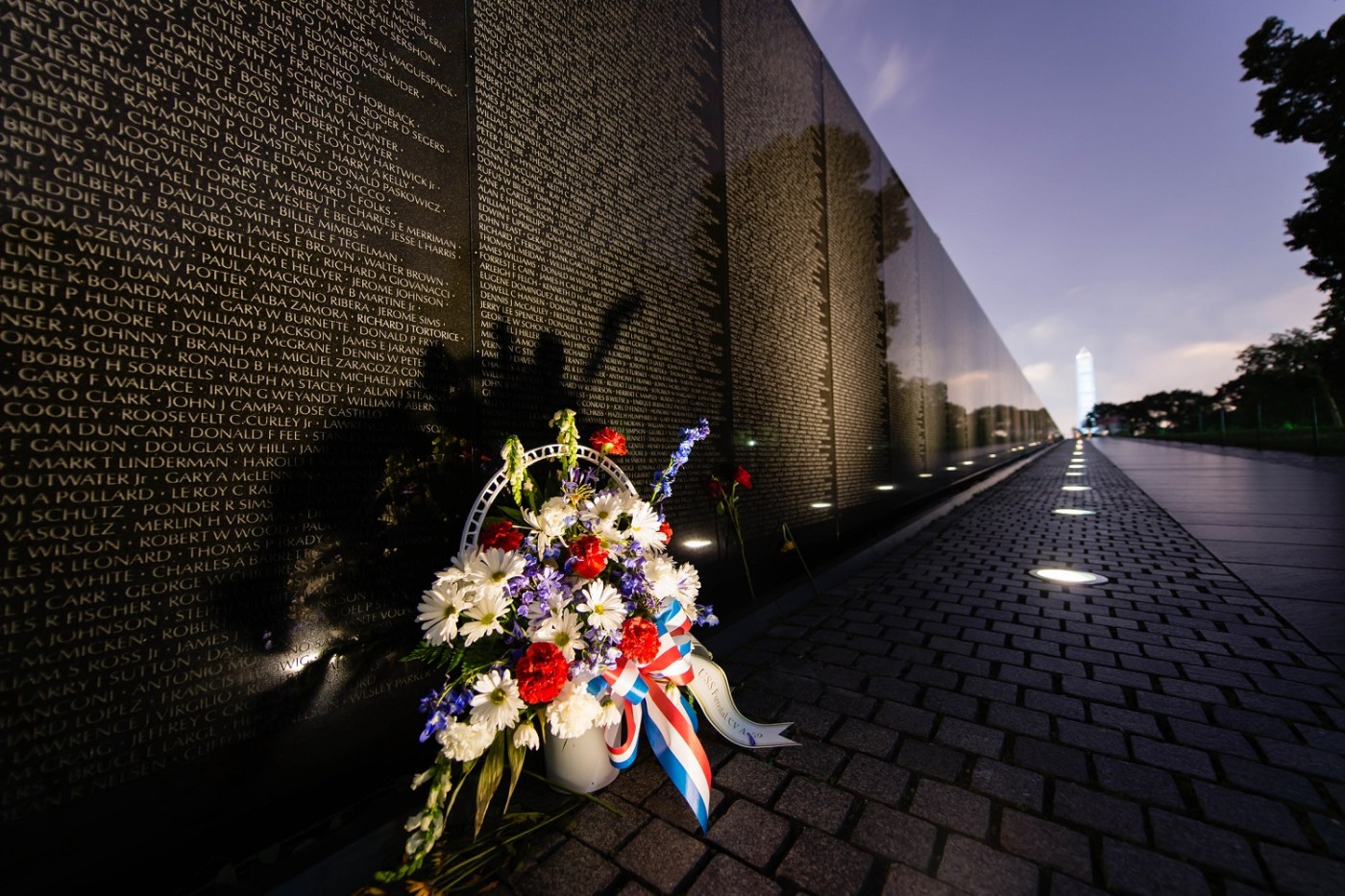 The Vietnam War Veterans Recognition Act designates March 29 of each year as National Vietnam War Veterans Day, an opportunity for all Americans to recognize, honor, and thank our Vietnam Veterans and their families for their service and sacrifice during one of the longest wars in our country’s history.

VA medical facilities across the country are marking the day with these ceremonies and community events:

VA St. Louis Health Care System is hosting a special luncheon on March 28 Welcoming Home Women Vietnam Veterans.  Each Veteran will be escorted by airmen from Scott Air Force Base and pinned by Major General Cassie Strom (Ret. USAF).  Posting of the colors will be performed by AL Post 404.

VA Ann Arbor Healthcare System is hosting a Vietnam Era Veterans Commemoration event on March 29 to honor all Vietnam era Veterans and their families. Program highlights include a Vietnam War Commemoration Pinning Ceremony for Vietnam era Veterans, a military memorabilia exhibit provided by VFW Post 423 and information about the history of the Vietnam War. We will also have a local Vietnam Veteran and Medal of Honor Recipient, Lt. Col. Charles S. Kettles, present at the event to meet with attendees and to assist with the pinning ceremony.

On March 29th, the Memphis VAMC is hosting a Vietnam Veterans Recognition Day Program at the Benjamin L. Hooks Central Library in Memphis Tennessee. There are many activities planned, as well as several community guest speakers and Veteran testimonials.

Bakersfield CBOC is displaying photos of Vietnam Veteran patients highlighting their name, branch and date of service. Each day during the week of March 25-29, the clinic will honor a specific branch of service by reading highlights of their contributions to the Vietnam war.

Southern Arizona VA Health Care System (SAVAHCS) in partnership with Arizona Public Media (AZPM) will show the documentary “Arizona & the Vietnam War – Stories of Service” on March 29 at 2:30 p.m. in the R.E. Lindsey Auditorium located at 3601 South 6th Ave. Tucson, AZ. The film features stories of Vietnam Veterans from Arizona sharing their experiences during the Vietnam War. The documentary is approximately an hour long, and there are some graphic images of war in the documentary. Vietnam Veterans will receive a special lapel pin honoring them for their service.

The Charles George VA Medical Center in Asheville, NC, will host a community-wide event honoring Vietnam Veterans. This event will take place March 29 at 1:00 pm in the atrium of the medical center. This event is sponsored by Veteran Canteen services and will feature remarks from facility leadership, taps, and presentation of commemorative pens and memorabilia. This event is open to the public and media.

Staff will hand out certificates and a 50th Anniversary Commemoration pin to each Veteran War Era Veteran. Staff will also visit community living centers, rehabilitation and inpatient units to visit Vietnam Era War Veterans. The garrison size U.S. flag will be hung on the outside of the Teague Hospital.

Milwaukee VAMC  is partnering with the VBA regional and cemetery offices for an event on March 29 VBA will dedicate their Veteran Service Organization hallway to Vietnam Veterans and give out pins from 9 to 11. VBA Cemetery office will hold a wreath presentation at the event.

VA Boston hosted a pinning and registration event on March 26.

Tomah VA Medical Center will hold a 50th Commemoration Ceremony on March 29 at 1 p.m. in the Veterans Hall followed by a cake cutting.

A National Vietnam War Veterans Day Prayer Service will be held at noon on Thursday, March 29, by the Wall of Wars Memorial at the Northport, NY, VA Medical Center.

VA Pittsburgh Healthcare System, Pittsburgh VA Regional Office, and National Cemetery of the Alleghenies will participate in a breakfast meeting of the local chapter of Vietnam Veterans, Inc., to recognize approximately 100 Veterans who are scheduled to participate.  The meeting will also include a brief presentation on suicide prevention.

Overton Brooks VAMC, Shreveport, LA is hosting a ceremony in the lobby on March 29 and will hand out commemorative pins. They are working with the local Veterans cemetery in placing flags on Veterans’ graves. There will also be a “Thank You” event at the local VET Center and an event at Barksdale AFB at 10:00.

May 7, 2011, Washington DC USA. A memorial wreath for some fallen soldiers from the Vietnam conflict is lain next to the Vietnam Veterans Memorial. .

The commemoration recognizes all men and women who served on active duty in the U.S. Armed Forces during the United States’ involvement in Vietnam—November 1, 1955 – May 7, 1975.  Nine million Americans, approximately 7.2 million living today, served during that period.