Home / Guest Posts / From saving lives on he battlefield to filing disability claims for others, one loyal Marine’s story

From saving lives on he battlefield to filing disability claims for others, one loyal Marine’s story 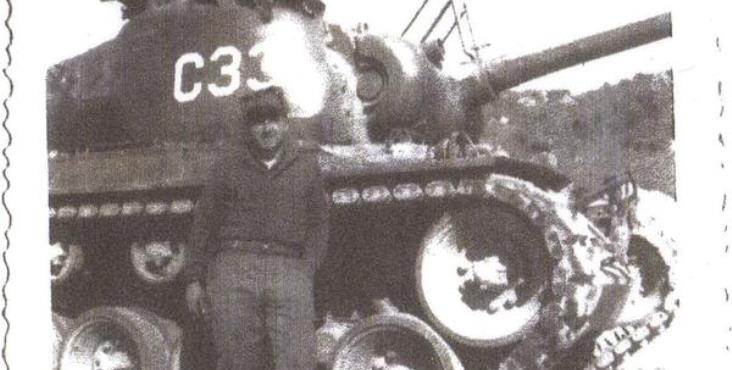 Although you may not recognize the name, countless Veterans throughout the years came to their local VA hospital at Northport asking to meet with Frank Kiss. They came seeking assistance from the one man they knew would help them file their service-connected compensation claims.

Who was Frank Kiss?

He was a United States Marine, who was awarded the Silver Star and a Purple Heart for his selfless and heroic acts during the Korean War. An entire chapter is dedicated to Frank’s exploits in the book, “Why Marines Fight” by James Brady. As a tank commander, Frank drove behind enemy lines on a self-appointed rescue mission to save as many Marines as he could. He loaded wounded Marines onto his tank and rode back on the outside of the tank, positioning himself with the wounded to keep them from falling off and to shield their bodies from enemy fire.

On the harrowed trip back to safety, Frank was wounded by three bullets to both of his legs and as well as multiple fragmentation injuries to his arms and chest. He walked with the aid of leg braces ever since. The most devastating wound of all came when he had to be discharged from his beloved Corps due to those injuries.

For months, he tried to convince leadership that he was still able to fight and honorably serve as a Marine. Unfortunately, it didn’t work. He was awarded his medals and later discharged, which to Frank was a fate worse than death.

Frank was able to find a replacement career for the one denied him by the Marine Corps, working with Veterans to make sure they painlessly navigated the “red-tape” of the compensation claims process. For nearly 20 years, Frank got up at the crack of dawn just like any other Marine. He put on his heavy metal leg braces, and at least one garment or accessory bearing the iconic eagle, globe and anchor, and came to work as a volunteer Disabled American Veterans service officer at the Northport VA Medical Center, in New York.

Throughout his service, Frank never once stopped coming to the aid of those who served and he never asked for anything in return. His service and dedication to duty embodied the ideals that are emblematic of the finest traditions of the Marine Corps.

After a long illness, Frank recently passed away in February at the Northport VA Medical center, at the age of 84.

If there is any truth to the last stanza of the Marine Corps Hymn:

“…If the Army and the Navy, ever look on heaven’s scenes:,They will find the streets are guarded by United States Marines.”

There is no doubt that Sgt. Frank R. Kiss, USMC, is now among the guards of heaven’s streets.

About the author: Joe Butera a DAV service officer and a USMC Vietnam Veteran.