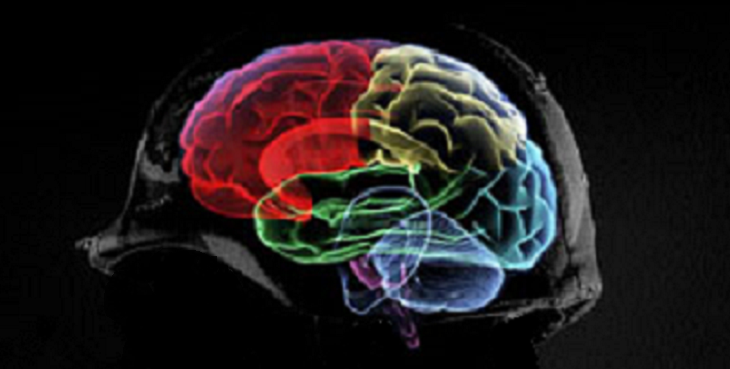 Navy Veterans Bridget Dolan and Amanda Burrill, along with Army Veteran Elana Duffy, are among other Veterans who are sharing their experience with traumatic brain injury (TBI) at an upcoming #Not Alone Brain Injury Awareness event April 16 at VA’s Manhattan campus. The program will highlight these Veterans and members of New York VA Polytrauma/TBI team who treat them. Also, featured will be Monica Aksamit, who won a bronze medal at the 2016 Olympic games in Rio, Brazil, as a member of the U.S. Fencing Team.

Duffy, Dolan and Burrill share their stories to bring awareness to the event, in particular to women Veterans, where TBI has been less studied. Aksamit is committed to bringing attention to TBI, a signature injury of recent wars.

For those in the area wishing to attend, the event will be held Monday, April 16 from 1 to 2:30 p.m. in in the Atrium (Entry Level) at VA’s Manhattan campus located at 423 East 23rd Street, New York City.

“I was hit by the concussive blast at close range from a large roadside bomb in central Iraq during my 2005 deployment. The blast blew me backwards and my head slammed into a metal plate, knocking me out for a short time, but not long enough that I couldn’t push through the mission. I had no memory, knew no one’s name, and I couldn’t walk straight, etc.

“The Army wasn’t studying TBI at the time, so misdiagnosed symptoms like decreased visual fields, migraines and memory loss and anxiety for two years until they finally did an MRI and discovered I’d had an apoplexy during the explosion leaving a residue of coagulated fluids over my pituitary and in my cavernous sinus. I had surgery to reduce the pressure on my ocular nerve in 2008 at Walter Reed and was awarded the Purple Heart for my injury.

“As for care at VA, generally speaking it’s positive. The TBI, whiplash and other issues are complex and can sometimes be frustrating because of the rotation schedule of residents, but most of the doctors and residents I see appear to care very much about their job and seeking treatment options for my ongoing issues. There are no days where I am pain-free, but they do their best to reduce and manage what cannot be directly treated.”

“I got my initial TBI at the age of 13 when doing gymnastics. I fell on concrete while doing a no-handed backflip. I was unconscious for 10-15 minutes and had a seizure. This was 1995, so at the time, they didn’t have the imaging or knowledge they have now on TBI. I was sent home the next day and never treated for the injury until this past year. In the subsequent years, I had at least 3 known concussions, 2 while I was serving in the Navy. The first one was the result of physical assault in SERE school. The second was from domestic abuse from a fellow sailor I was in a romantic relationship with. After the military, I injured myself rollerblading and got a concussion when I fell and hit my head on concrete.

“I am new to the TBI clinic and it’s taken me a while to get here. I have had a difficult time with doctors at VA. Many treating me as if I’m making my symptoms up or that it’s psychosomatic. I’ve been diagnosed with everything from anxiety/depression to a personality disorder and fibromyalgia. It wasn’t until I saw neuro-ophthalmology that the doctor noticed something was off. I had already been seeing the neurology department, but they were not too concerned with me and said it was anxiety. They knew about the head injury and said that the lesion on my MRI was likely from that, but not concerned and no mention of treatment. He referred me to vestibular rehab which is how I met Malou. When she heard my story she knew right away that I needed to be under the care of the TBI clinic. So far, Malou and this clinichas been the only ones to listen to me about my symptoms and take it seriously. I have yet to see the doctors beyond my initial evaluation, but Malou and Roxanne (both VA employees) in occupational therapy have been tremendously supportive and helpful.”

“I was a rescue swimmer in the Navy and competed on a professional level as a marathoner and Ironman triathlete. More recently, I’m challenging myself as a high-alpine mountaineer.”

“My first TBI was a blow to the head sustained on a deployment. It was grossly misdiagnosed. For better or worse, it was a fall into a second TBI that eventually led to a proper diagnosis.

“Malou started as my foot physical therapist and saw firsthand how my situation unfolded. I struggled, as I didn’t fully understand TBI or post-concussive syndrome, so it was hard to articulate what I needed. I eventually got outside insurance and did a full-time course of rehab at NYU Rusk, to include vision, speech, cognitive rehab and vestibular. Looks can be deceiving: I truly needed help.

“Because she is an excellent vestibular therapist and earned my trust, I agreed to return to the VA and work with Malou on continued therapy. There is no program to restore me to what I was, but she understands my desire to keep working for it. My case and ability to point out holes in the system, coupled with her ability to act, will help people. I’ve been to programs outside of VA that have helped me; some we found and applied to together. Since my return to the VA, I have been satisfied with my vestibular and interventional pain therapy.

“Three years ago, I would have walked right by a brain injury awareness presentation because I didn’t know that was what I was dealing with. Going through the motions of fixing the damage as best I can has been the easy part. Awareness has to start with getting people diagnosed as soon as possible.”