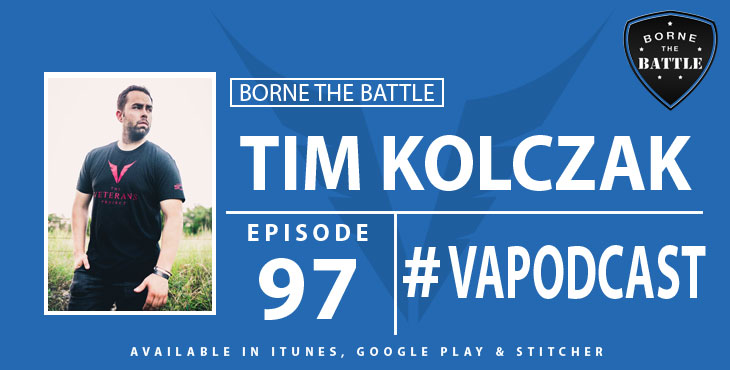 Tim Kolzcak asked his dad what the plan was for college. After learning there was no money available for his education, he had to choose between going into debt or joining the military. So, he enlisted in the Army. After his tour, which involved deployments in support of OIF/OEF, he continued his education. With the recommendation and encouragement of a professor, he began a photographic essay titled The Veterans Project. Now, Tim tells the stories of Veterans through these photos.

Tim is going to share his journey in the Army and exploring the idea of his project. Also, Tim joins us for a conversation about storytelling in the Veteran space, and what Veterans should keep in mind as they collaborate within the community and attempt to motivate others through their own story.

About The Veterans Project:

The Veterans Project is a comprehensive photographic essay detailing the lives of Operation Iraqi Freedom and Operation Enduring Freedom combat veterans and their return to civilian life. The project focuses on the many challenges surrounding their reentry into “polite society” and realistically depicts their lives profiled in both photographic and interview formats. The goal of The Veterans Project is to show each participating veteran as they truly are, as a unique person whose decision to serve places them in a special category of American volunteers. Although all wear the same uniform and to some extent share a common bond as “brothers in arms, ” these warriors see life and war through their own personal lenses which is what makes their stories and their struggles uniquely personal and diverse.