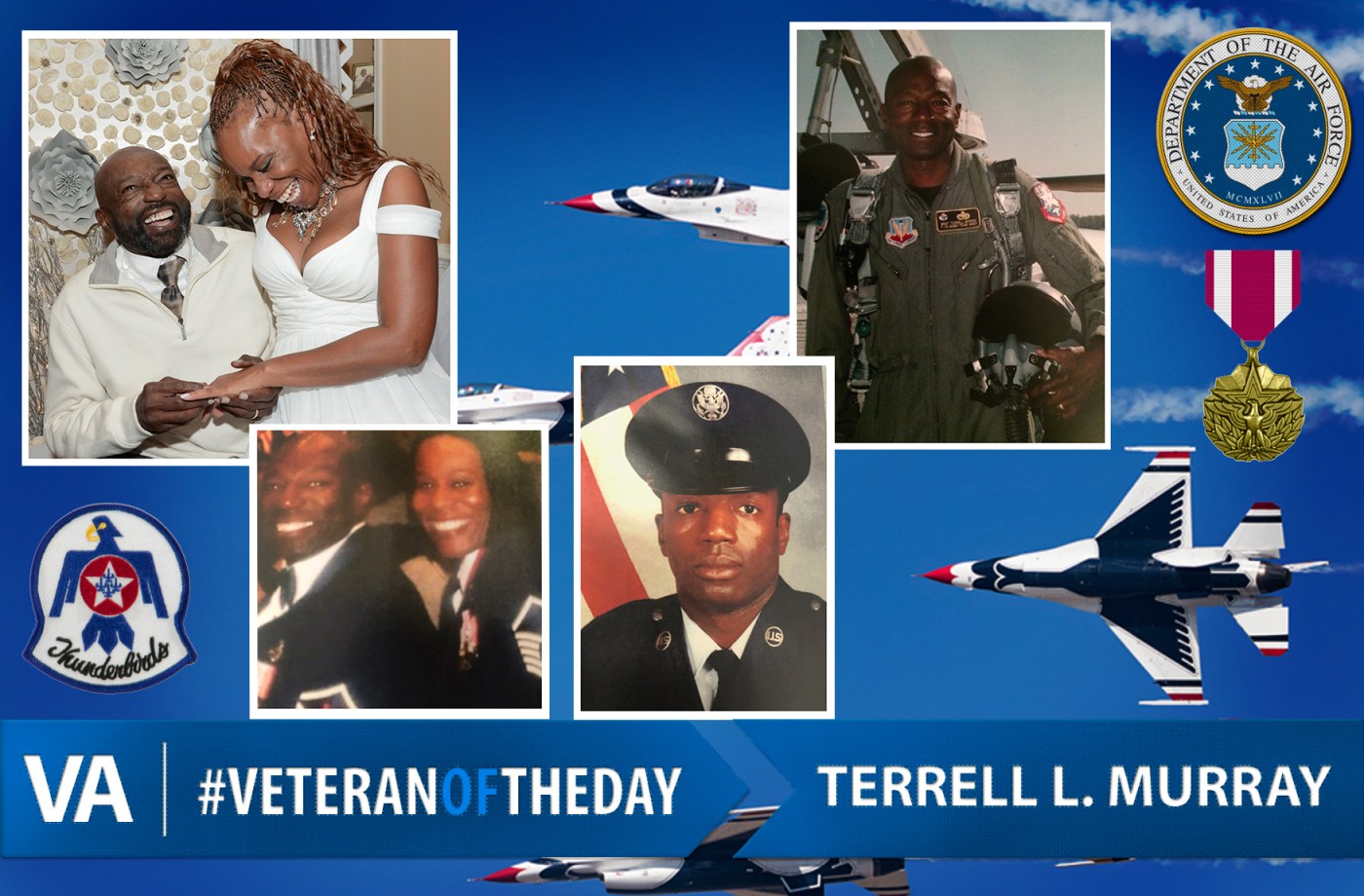 Today’s #VeteranOfTheDay is Terrell L. Murray of the U.S. Air Force. Terrell joined the Air Force in 1984 as an Air Craft Maintenance Technician. He began his career after successfully completing basic training and technical school at Lackland Air Force Base. During his first assignment he met his future wife, Airman Glynda Lilly. After dating for two years, the couple married and began their Air Force careers together, where their first overseas assignment led them to Incirlik, Air Base, Turkey.

While at Incirlik, Terrell received his first Air Force Achievement medal for displaying superior dedication to duty while under continuous threat of hostile short-range ballistic missile, chemical and terrorist attack in the days preceding and during Operation Desert Storm.

He was handpicked to become a member of the elite USAF Thunderbird Team, at Nellis AFB, Las Vegas, Nevada.

For four years, Terrell dedicated himself to the Thunderbird team and its mission. He started in the logistical support section, then earned the job of Dedicated Crew Chief to Thunderbird #6. Once again, his stellar performance earned him the position as the Advance Crew Chief to Thunderbird #8, the most sought after position a Crew Chief could earn. In 1995, Terrell was selected as the Fitzgerald Trophy Award winner as confirmation of his selflessness, loyalty and dedication to the team and its mission. The team members chose this prestigious award as their way of saying thank you to a person who epitomized the spirit of the Thunderbirds.

Later, he was once again chosen to be a part of an Air Demonstration team, Viper West; a twelve member team. He and the team traveled the world, to include South America and Asia, to showcase the capabilities of the F-16 Fighter jets.

Terrell served until the day he received the awaited call for a heart transplant in April 2007. After a year of recovery, Terrell retired from the United States Air Force, serving 23 years and 6 months of honorable service to his country.

Terrell joined the Department of Veterans Affairs (Board of Veterans Appeals) in April 2009 where he served in the Case Intake Branch as a Coach to over 12 employees. His leadership was impactful and Terrell earned the respect of his fellow employees. In 2012, Terrell applied, interviewed, and was selected as the new Team Leader for the Mail Management Branch where he was instrumental in modernizing mail intake and distribution for the Board. Unfortunately, in 2014, Terrell was suddenly paralyzed and had to commit to a wheelchair, but that didn’t stop him from continuing to serve Veterans and to make his mark on the department and his fellow employees. Terrell continued to press on until he could no longer commute back and forth to work. He was then authorized to work remotely where he continued to serve the nation’s Veterans until his health failed him. He was awarded Contribution and Appreciation Awards each year he served at the Board of Veterans Appeals.

Terrell passed away on April 8, 2018 surrounded by his loving family.