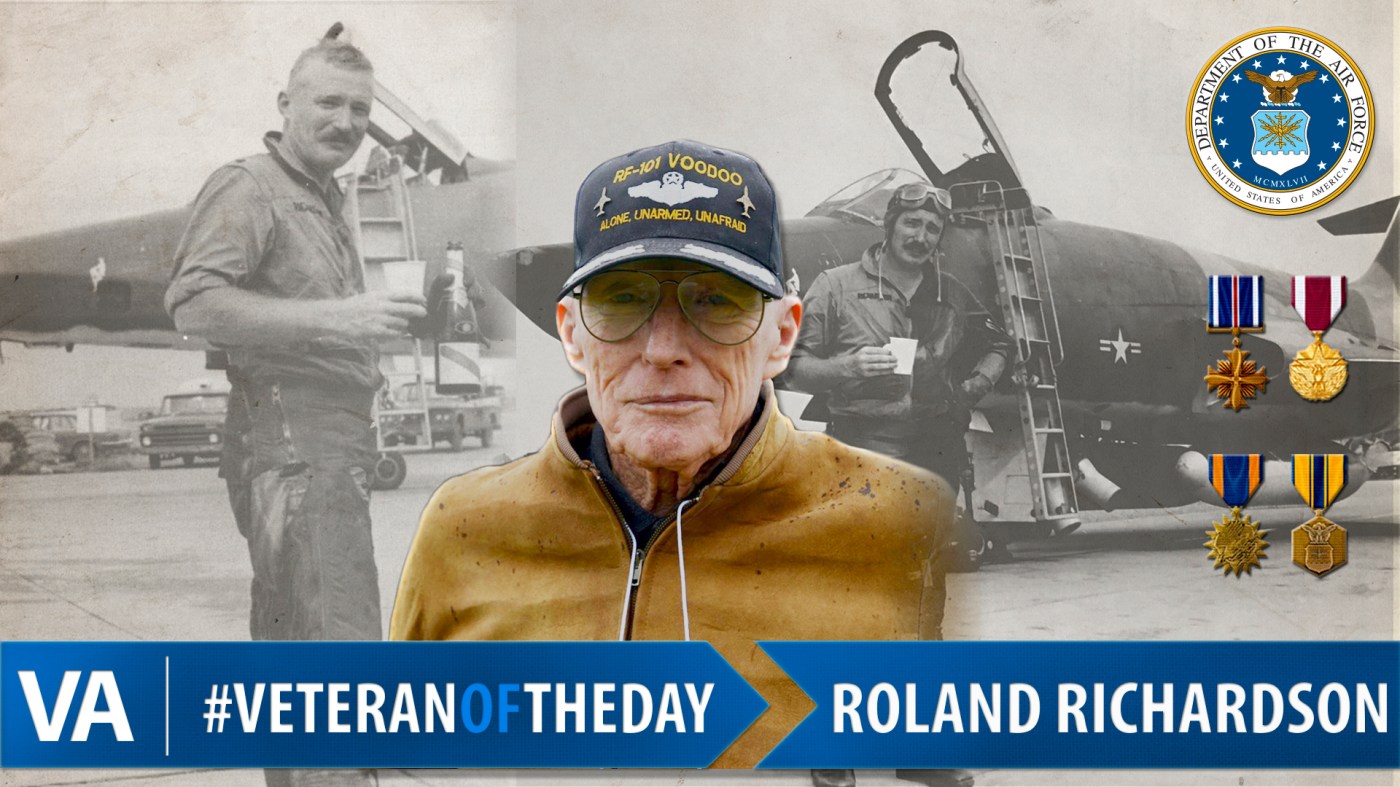 Rich was born in July 1932 in Fresno, California and grew up in California and Colorado, where he developed a passion for flying from his parents. In the early 1950’s, Rich was accepted into the Aviation Cadet Pilot Program for the Air Force. After graduating, he married Kathryn Alexander DeBow in August 1953. Kathryn traveled with Rich during his time in service, visiting northern Europe and the eastern U.S. as he served as a RF-101 Voodoo pilot.

Rich flew a total of 192 combat missions during his tours in the Vietnam War. He served as the commander of the 31st Tactical reconnaissance Training Squadron at Shaw Air Force Base, South Carolina. During his service, he accumulated 3,460 flying hours in the RF-101, which is more than any other pilot in history. For this achievement, his name is on the RF-101 static display at the base. Rich also earned the Air Force Commendation Medal, Air Medal with 13 clusters, Distinguished Flying Cross and Meritorious Service Medal.

In 1972, Rich retired from the Air Force and became a commercial pilot for Executive Jet Aviation and an aerial applicator. Later on, Rich returned to Shaw Air Force Base in civilian status as the Air Space Manager until retiring in 1995. He was also a founding member of the local Experimental Aircraft Association Chapter 1456 at the Sumter County Airport.

Rich was married for more than 60 years and had five daughters, six grandchildren, four great-grandchildren, many nieces and nephews and numerous lifelong friends. He passed away on March 19th, 2018.

We honor your service, Rich.