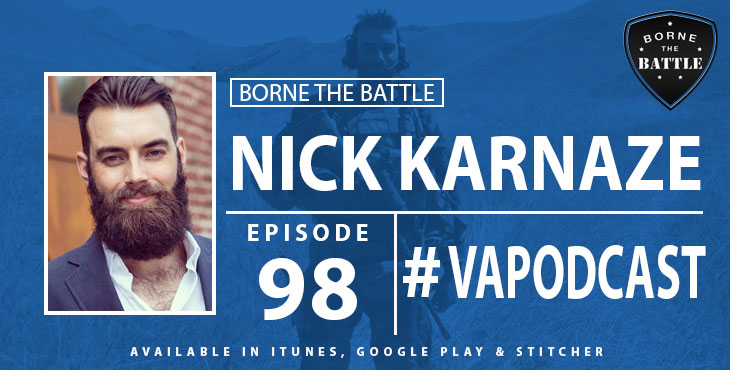 After a successful round table on women Veterans topics, I was excited to do another one. I decided to curate a round table of Veteran entrepreneurs, but had a couple guests back out and was forced to postpone. Fortunately, one of my invited guests was still available and interested in doing a one-on-one interview. Nick Karnaze is a Marine Veteran having served as an officer with the Marine Raiders. After getting out the military, he started a business in international development. The business did not succeed as hoped. Then, after growing a beard in honor of a fallen friend, Nick was inspired to start his current business, Stubble & ‘Stache.

Nick and I discuss the journey of entrepreneurship, his process for troubleshooting, his routines, and how he handles productivity.

Prior to starting stubble + ‘stache, Nick served more than seven years as an officer in the United States Marine Corps. First as an intelligence officer, then in 2007 joining the Corps’ newly formed elite special operations unit: MARSOC aka the Marine Raiders. He was a member of the 2nd Raider Battalion until leaving the Marine Corps in late 2011. He started stubble + ‘stache in 2012 with no formal business training. In 2014 Nick was fortunate to attend the Stanford Ignite – Post-9/11 Veterans program at the Stanford Graduate School of Business. There stubble + ‘stache grew into the socially minded organization that it is today.