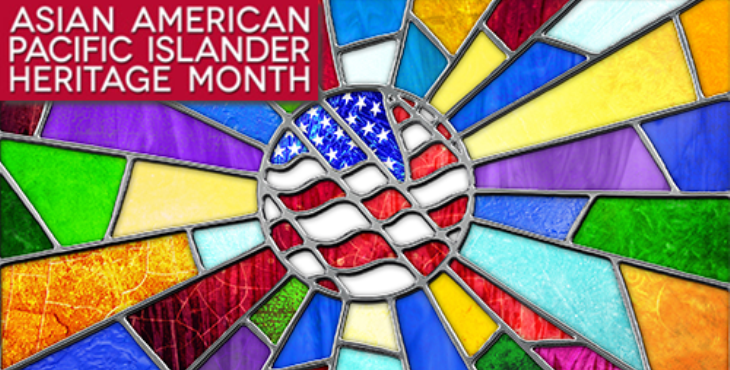 May is Asian Pacific American Heritage Month. This is a time where our country comes together to highlight and recognize the many different Asian Americans, native Hawaiians and Pacific Islanders’ cultures and contributions. It is also a great time for us to recognize and celebrate the contributions of our Asian American, Native Hawaiian and Pacific Islanders Veterans.

For more than 200 years, men and women of Asian and Pacific Island decent have voluntarily taken the oath to “support and defend the constitution of the United States of America against all enemies, foreign and domestic.“

Among the first in military service were Filipino Americans, also known as “Manilamen,” who served under Maj. Gen. Andrew Jackson. Filipinos initially served on ships captained by Frenchman Jean Baptiste Lafitte who later would join forces with Jackson in the Battle of New Orleans. Many of these Filipino men would later join the U.S. military and thus began their service to our country.

Asian American, native Hawaiians and Pacific islander men and women have fought with honor and distinction on the battlefields. Some of these soldiers and sailors have gone above and beyond the call of duty and were awarded Medals of Honor, Silver Stars and Congressional Gold Medals.

Twenty-one Japanese-Americans of the 442nd Regimental Combat Team and the 100th Infantry Battalion were award the Medal of Honor for their actions during World War II. Not to be out done by the men, Army Cpl. Magdalena Leones was the only Asian Pacific American woman to ever receive the Silver Star for her military service and distinction while serving in occupied Philippines. As a special agent, she “risked her life to carry important intelligence data, vital radio parts and medical supplies through heavily garrisoned enemy-held territory.”

Pfc. Anthony Kaho’ohanohano and Pfc. Herbert K. Pililaau are were the first native Hawaiian and Pacific islanders to receive the Medal of Honor for their service in the Korean War.

One would think that such impressive military service contributions would be consistently recognized, but this struggle continues today for some Veterans. It was not until 2010 that the Japanese American soldiers of the 100th Infantry Battalion, the 442nd Regimental Combat Team and the Military Intelligence Service were finally awarded the medals they earned during WWII. These U.S. military units were the most highly decorated in US Army history. After over 70-odd years, Filipino and Filipino Americans Veterans were awarded the Congressional Gold Medals in 2017.

As a nephew and grandson of World War II Veterans, I heard these stories of battle first and second hand. This is where I learned about the atrocities of war and how some of these issues affected my family. I was amazed to learn that these men were untrained soldiers who were just farmers and students were sent into battle against a trained enemy. So when my forefathers talked about the president of the United States calling the Filipinos to arms, and them to answer the call without hesitations defend our country. They took that oath of service and they defended the Commonwealth of the Philippines Islands and the United States of America. And yes, I said “Commonwealth of the Philippines Island,” the Philippines was once a territory of the United States and then later granted their independence to become a republic.

In closing, I think Adm. Harry Harris, a Japanese American, said it best when he said, “America’s greatest asset is not our assembly lines or weapons systems, or even our great ships, submarines, and airplanes … it’s our people.”

About the author: Ron Sagudan is a Asian American and Pacific Islander Veterans liaison for VA’s Center for Minority Veterans.