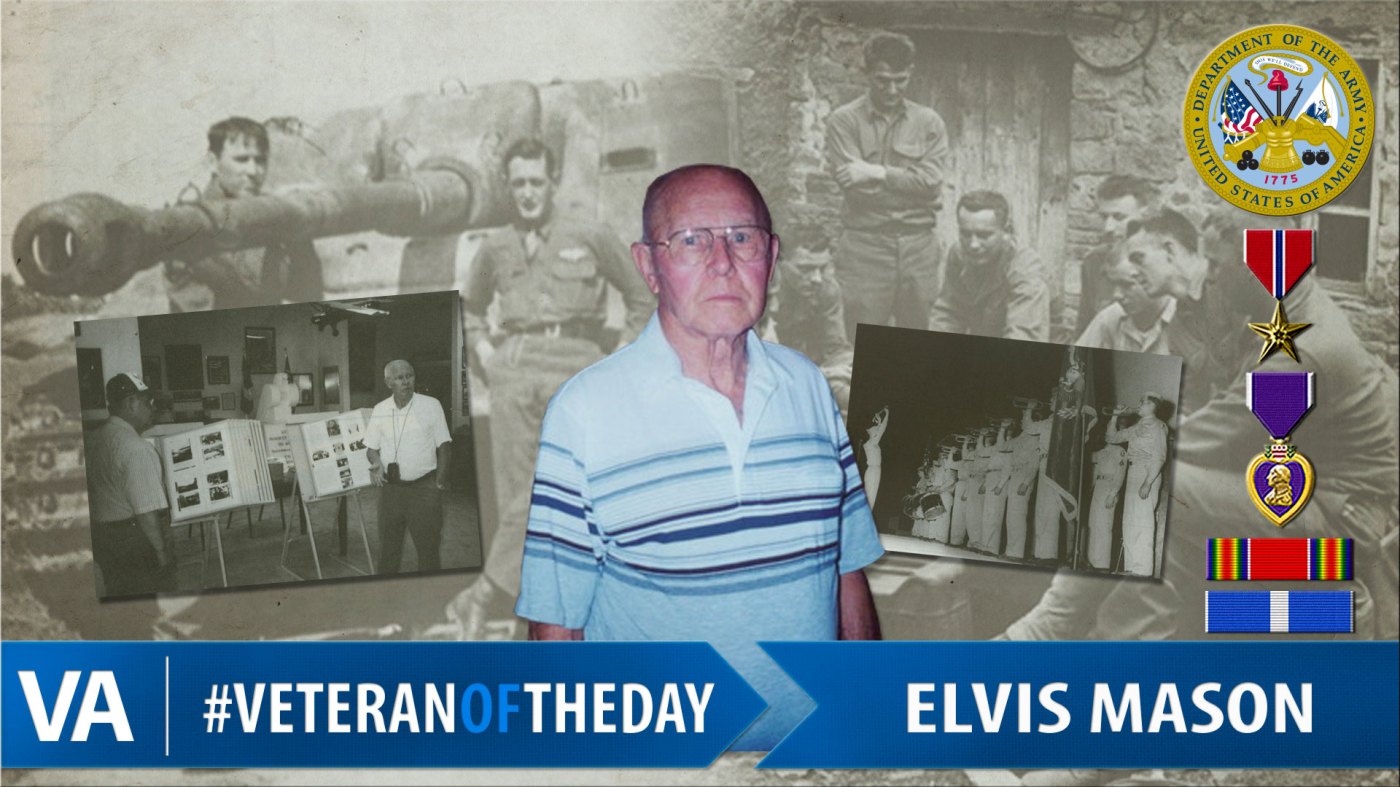 Elvis was born in October 1921 in Elberfeld, Indiana. He moved to Oakland City, Indiana and was drafted into the Army at the age of 20. Elvis completed basic training at Camp Swift, Texas and was assigned to an infantry regiment. He also completed swamp training, desert training and mountain training in Louisiana, California and West Virginia, respectively. Elvis’s unit was deployed to Europe and landed in England shortly after D-Day. Elvis traveled to France and volunteered to drive gasoline to other allied camps. His unit engaged in combat for 100 consecutive days and moved through France, Germany, Luxembourg, Belgium and Holland to push the German army back. Elvis took over as platoon leader during this campaign and credited the platoon’s camaraderie for helping the soldiers get through the difficult time.

Elvis briefly remained in Europe after Germany surrendered and participated in the liberation of a poorly maintained camp of German citizens. He then returned to the United States and was preparing to travel to Japan when the Japanese surrendered in 1945. Elvis continued to serve at Camp Shelby, Mississippi and Camp Butler, North Carolina before he was honorably discharged in December, 1945. He joined the Army reserves and was called to join the Korean War in 1950. He reported to Fort Leonard Wood, Missouri in October and served in Japan and Korea, where he helped to build roads and airstrips for artillery planes.