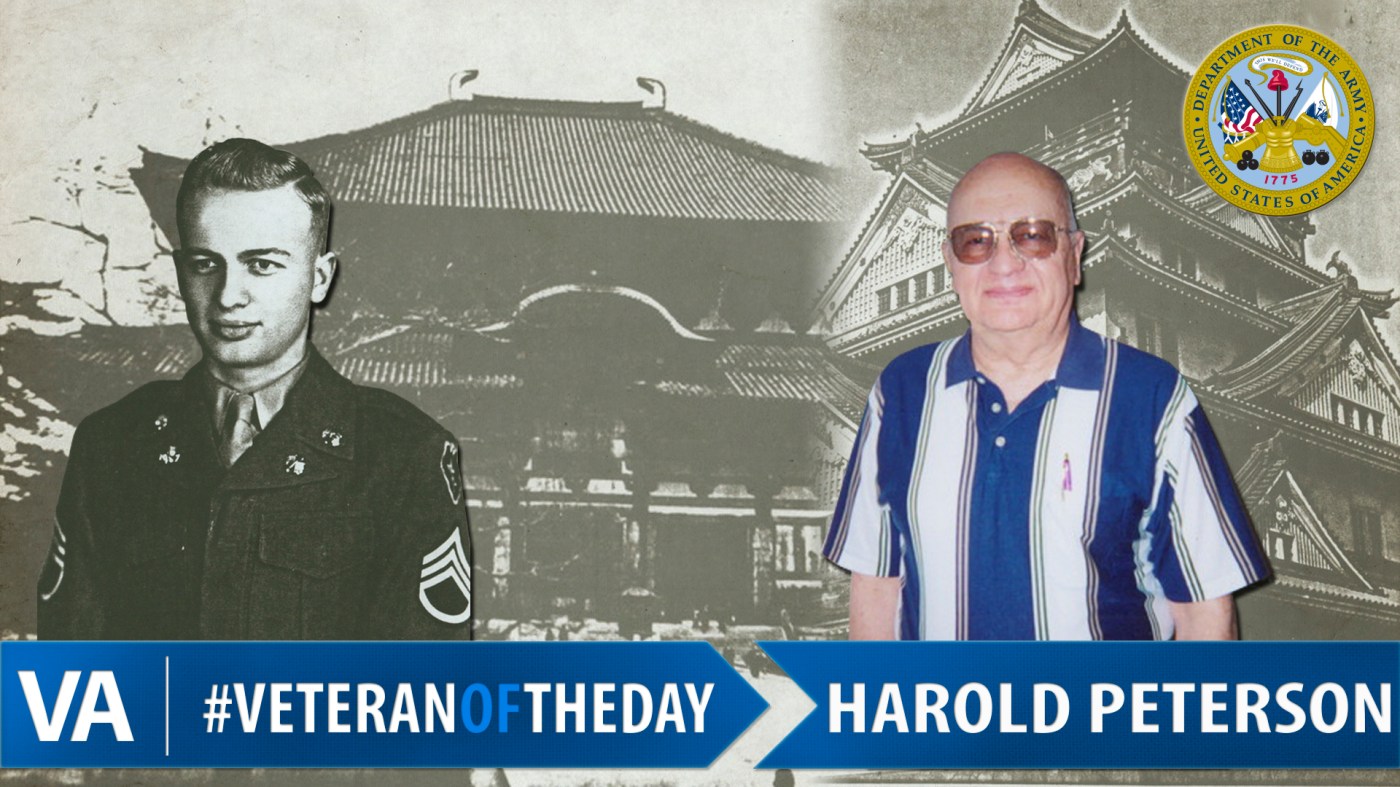 Today’s #VeteranOfTheDay is Army Veteran Harold R. Peterson. Harold served in the Army from 1946 to 1953 and deployed to Japan and Korea.

In an interview with the Veteran’s History Project, Harold describes enlisting in the Army shortly after the end of World War II once he was old enough. Harold was deployed to Osaka, Japan as part of a peace force to promote positive relations between the United States and the Japanese people. Harold spent over two years working with Japanese police and American forces to help rebuild Japan.

Harold was discharged in July 1949 and was called back in December 1949 at the start of the Korean War. He trained as a cryptographer before deploying to Korea. Despite being a cryptographer, he was sent to the front lines and faced heavy mortar fire.

When Harold returned from Korea, he met his five-month-old daughter for the first time. When he held her she began to cry, which Harold described as “music to his ears”.

Thank you for your service, Harold.