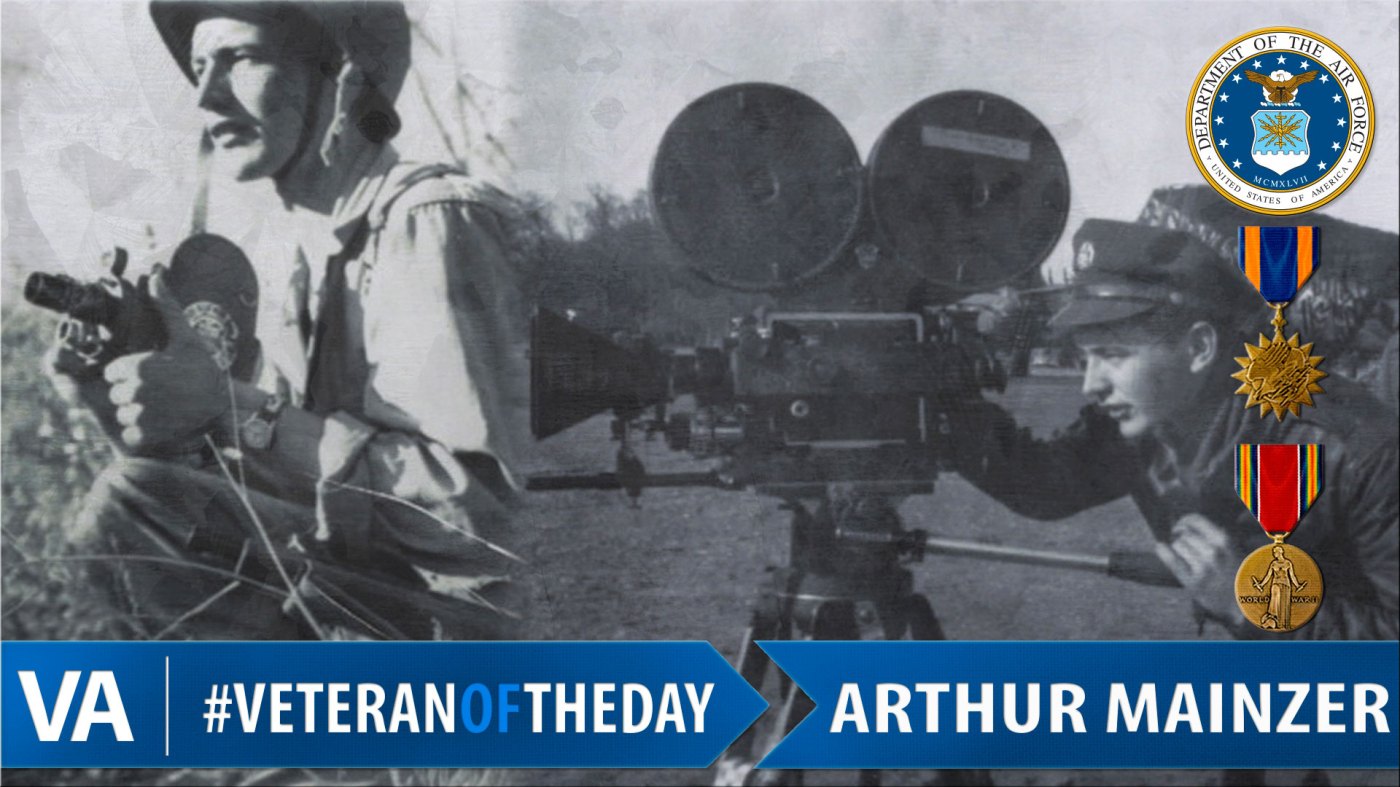 Art enlisted in the Air Force in November 1942. He attended the Air Force Photo Technical School in Denver, Colorado. In April 1943, he went to Culver City, California, with the 1st Motion Picture Unit. In November 1943, Art’s unit went to Northern Ireland for gunnery training and then London, England, where he provided film coverage of U.S. bombing missions.

On April 11, 1945, the 3rd U.S. Army liberated Buchenwald, a concentration camp near Weimar, Germany. Art arrived in Weimar a few days after the liberation and spent a week there filming and photographing the concentration camp. He provided film coverage of the reactions of the citizens of Weimar upon seeing the atrocities that had been taking place right next door to them throughout the war.

Art was featured in the 2000 documentary “Shooting War” about combat cameramen of World War II, as well as the 2014 documentary “Night Will Fall” about German concentration camps. Art’s footage of Buchenwald went on to be used as evidence during the Nuremberg Trials. For his work in documenting concentration camps, Arthur received the National Order of The Legion of Honor in the rank of Chevalier, the highest award given by the French government.

Thank you for your service, Art!