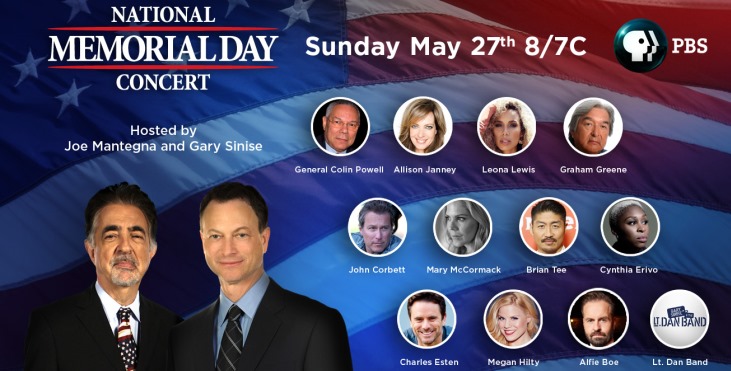 The concert will air live on PBS Sunday, May 27, 2018, from 8:00 to 9:30 p.m. before a concert audience of hundreds of thousands and millions more at home and to troops serving around the world via the American Forces Network.