Korean War: A bond forged on the battlefield is never forgotten 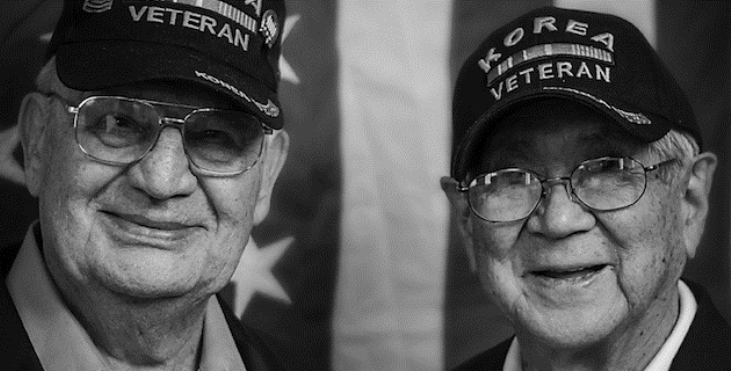 In the Spring of 1951, after surviving a brutal winter at Chosin Reservoir, all was finally quiet along the Kansas Line – the line that separated the Chinese from the United Nations’ forces near the 38th parallel on the Korean peninsula.

Just before midnight on April 24, Chinese soldiers stormed the U.S. camp in never-ending waves. Out gunned and out manned, the U.S. forces fought until they had no choice but to withdraw. Those who could not escape were taken prisoner. Among those American soldiers captured by the Chinese were best friends Hiroshi “Hershey” Miyamura and Joe Annello.

During the attack, Miyamura heroically fought against the Chinese forces, allowing for his squad to safely withdraw as he and Annello were taken prisoner. Miyamura suffered painful wounds, but none so bad as Annello’s – the blast from a grenade had injured his spine and he was unable to walk. For miles, Miyamura carried Annello as they marched until the Chinese soldiers forced Miyamura at gunpoint to leave Annello on the side of the road to die. There, they said what they thought was a final goodbye. Thankfully, it was not.

In three years, the Korean War took the lives of more than 36,000 Americans and another 100,000 more were wounded. In total, 1.5 million young Americans left to fight in a remote country far away from the comforts of home. They served for the simple reason that their country called.

On the 65th anniversary of its Armistice, the nation honors these proud Veterans – those still with us, those who lost their lives in what was once called our country’s “forgotten war.”

PBS’ National Memorial Day Concert will honor Annello and Miyamura’s friendship, endurance and heroism through horrific ordeals. Watch on your local PBS station Sunday, May 27, 2018, from 8 to 9:30 p.m.