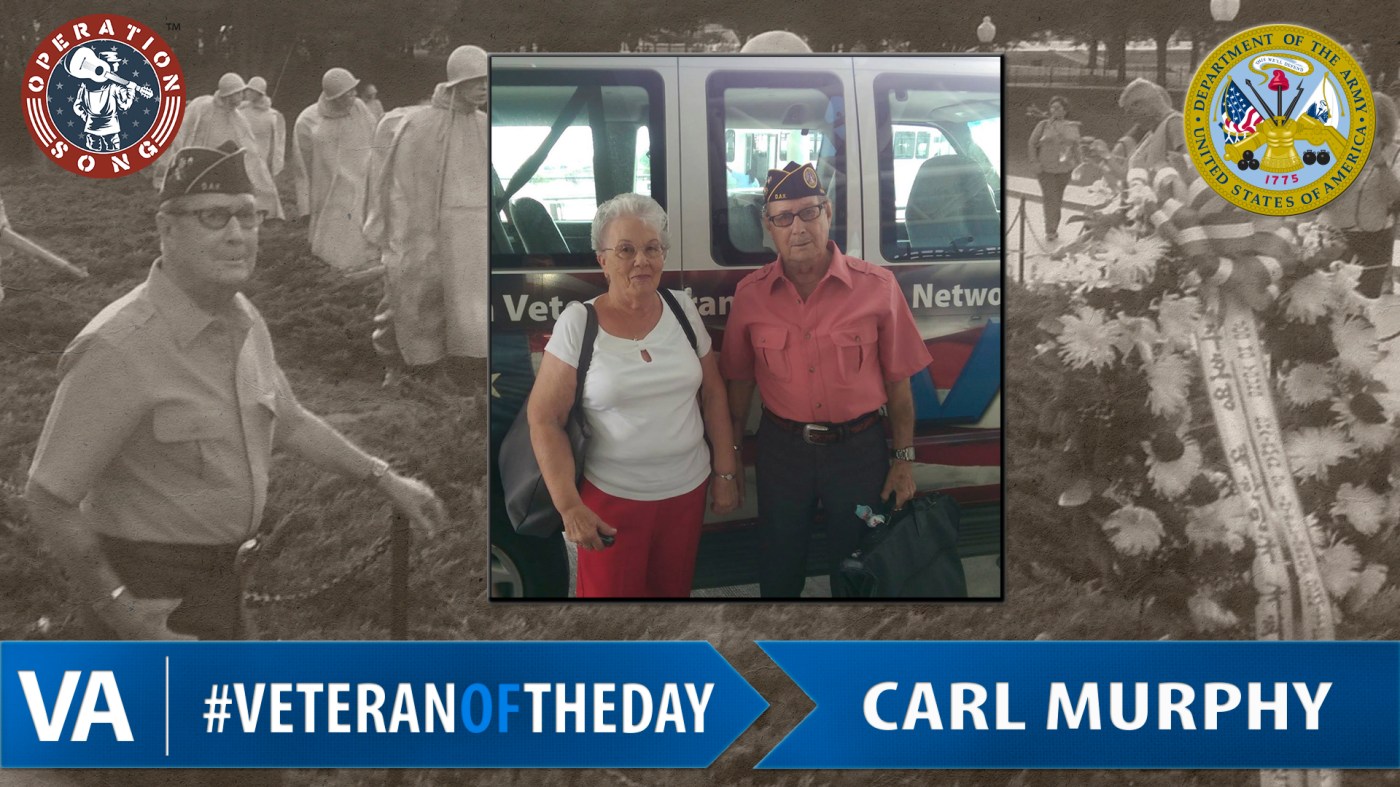 Today’s #VeteranOfTheDay is Army Veteran Carl Murphy and his #OperationSong, “Forgotten War”. Carl served during for three years during the Korean War and served in the reserves for five years.

Carl joined the military when he was 18 years old. He was placed in South Korea and witnessed some of the most intense fighting. As a combat engineer, with the Army 633rd Engineer Company, he recalled when the North Korean Army invaded South Korea. The United Nations forces quickly pushed past the 38th parallel, as they took back the city of Seoul and Pyongyang all the way up to the Yalu River in China. Carl cleared roads, demolished bridges, cleared landmines, and remembers fighting the North Korean forces along the Korean Peninsula.

“Forgotten War” discusses Carl’s time in Korea. One of the verses says, “We ran through fire; half froze to death”, this emulates the horrors he felt while being trapped at the Battle of the Chosin Reservoir. Outnumbered and cut off by enemy forces, he remembers having to fight countless waves of attacks that left heavy casualties on both sides. Chinese and North Korean forces would attack day and night in below freezing temperature. Frostbite became a common problem for soldiers that often meant death. With a growing number of wounded and dead, Army engineers were under pressure to hold off enemy forces. He recalled an instance where his unit was able to save a group of American prisoners, crossing frozen waters, that were captured by North Korean forces across the Chosin River. Unlike Chinese forces, the North Korean Army would often execute POW’s or strip them and leave them to freeze in the winter conditions

“No parades when we got home, it was almost like we were never gone.” When Carl returned home, he was surprised to learn that there were no parades or celebrations for the soldiers coming home from the Korean conflict. Unlike the celebrations at the end of World War II, people paid little attention to Korean War Veterans. Carl stated at the time the Korean War was unpopular among the nation, but he never imagined it would become the “Forgotten War.”

Carl worked as a turbine engineer for 25 years at General Electric after leaving the Army. Today, Carl continues to serve our nation as an Honor Guard for the American Legion. As a member Honor Guard, he plays the bugle at Veteran funerals and presents the flag each year at Veteran Day Ceremonies.

Thank you for your service, Carl!