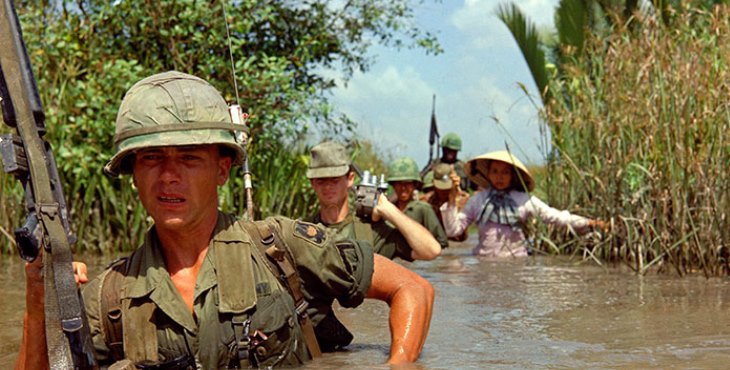 For Vietnam Veterans, having a medical condition presumed related to Agent Orange exposure is linked to greater use of Veterans Affairs health care.

That is the main finding of a study by researchers with the War Related Illness and Injury Study Center (WRIISC) at the VA New Jersey Healthcare System. They say the results show that a law passed by Congress nearly 30 years ago has largely met its goal: helping affected Veterans get the care they need.

The study results appeared in May 2018 in the journal Medicine.

Veterans are eligible for compensation from the Veterans Benefits Administration if they have a service-connected disability. The higher the disability rating, the more compensation they are due. Veterans with higher service-connected disability ratings also have greater access to no-cost health care through the Veterans Health Administration. However, it is often difficult to prove direct service connection for Agent Orange-related conditions because they may develop years after exposure.

To address this problem, Congress passed the Agent Orange Act of 1991. The act directed VA to presume service-connected disability for conditions the National Academy of Sciences deemed related to Agent Orange. Veterans with these conditions qualify if they were in Vietnam between Jan. 9, 1962, and May 7, 1975.

To find out how this policy affected VA health care use, the researchers looked at 2013 data on 85,699 Vietnam Veterans. They found that those with one or more diagnoses of a presumptive condition were more likely to have multiple disabilities than those without one of the named conditions. While they were less likely to have a 100 percent disability rating than those with no presumptive condition, they were more likely to have individual unemployability. This means they cannot maintain employment because of service-connected disability.

Of those with any presumptive condition, 73 percent had Type 2 diabetes. About 44 percent had ischemic heart disease, and 16 percent had some form of cancer.

In other terms, those with presumptive conditions were more than twice as likely as those without the conditions to be frequent users of primary and specialty care in the VA health care system. They were also more likely to visit emergency rooms than the other group.

The study shows that Agent Orange legislation has been effective, write the researchers, at lowering “the threshold for accessing [Veterans Benefits Administration] and [Veterans Health Administration] benefits for Vietnam Veterans who may have been exposed to dioxin.” The findings highlight the importance of presumptive service connection in serving Veterans, they conclude. The results may also indicate that Vietnam Veterans with these service-connected conditions are more likely than those without these conditions to choose VA for their care.

Dr. Dennis Fried, corresponding author on the paper, summed up the importance of the results: “In our era of increased Veteran choice with regard to health care delivery sites and greater integration of VHA and community care, these findings support the importance of VHA provision of services for conditions possibly related to military service.”