Colorado Veterans from all eras meet to improve the Veterans Experience 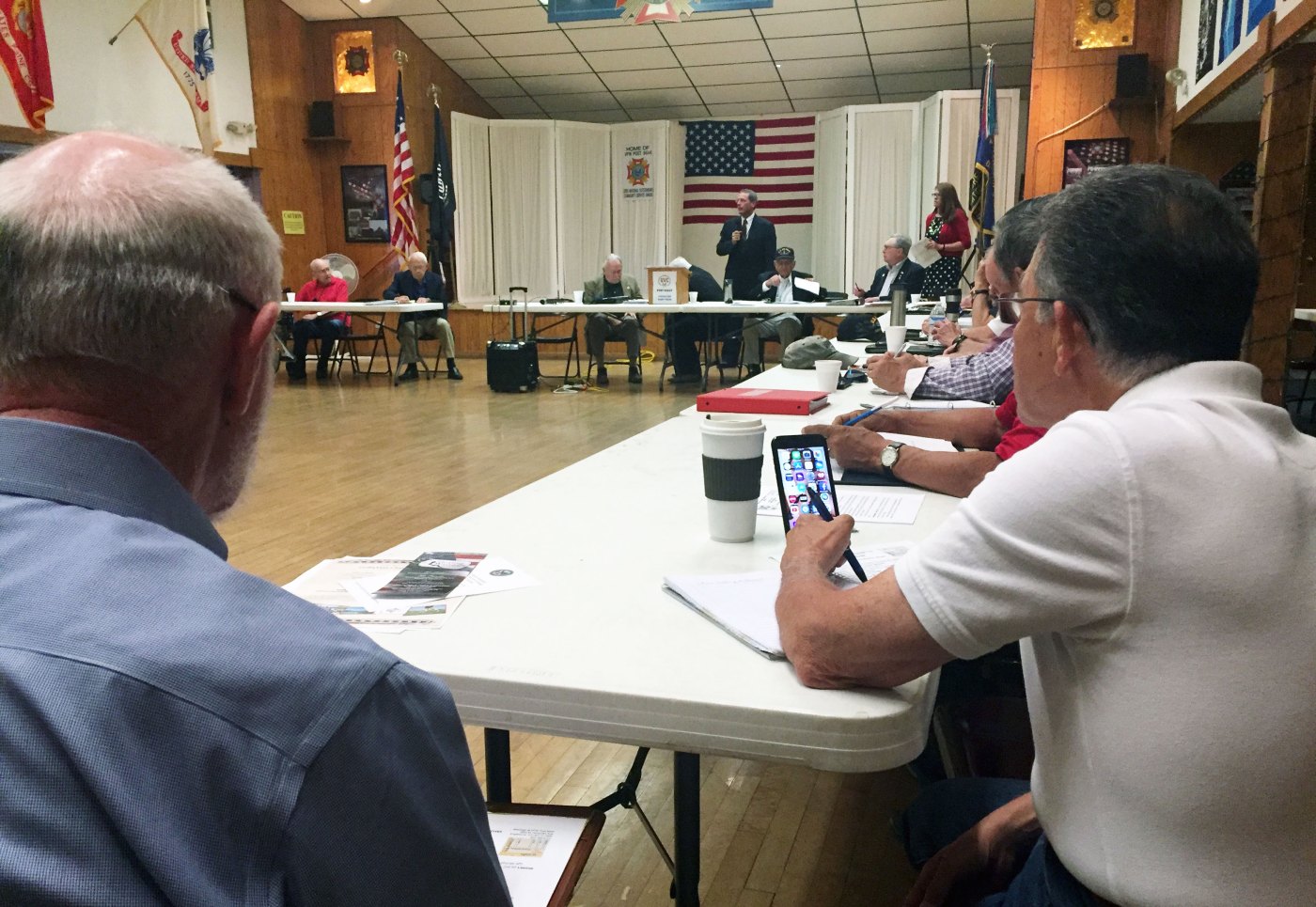 More than 70 members and supporters of the United Veterans Committee of Colorado recently sat down to conduct their June meeting. Most of the Veteran organizations in Colorado, including the VA, were represented. Cold War bomber pilots, Vietnam War infantry, Iraq War Veteran snipers, to a Korean War Veteran serving as the groups secretary – altogether nearly 100 member organizations form this coalition, speaking with one united voice as an advocate for Colorado Veterans and their families.

The United Veterans Committee of Colorado began decades ago and has been credited for many major legislative and community Veteran initiatives in Colorado, so much so that the new Denver VA Medical Center’s auditorium is dedicated to the group, complete with a plaque in their honor.

General Membership Meetings are the second Tuesday of each month, 9 AM, at VFW Post 9644, 2680 W Hampden Avenue, Englewood, Colorado.

That they have an extensive list of almost 100 members organizations designed to speak with one united voice as an advocate for Colorado Veterans and their families.

Recently, the committee was recognized as a Veteran-Friendly Community by the VA. VA’s Veterans Experience Office created the Community Veterans Engagement board (CVEB) program in November of 2016, and has since formed 144 community boards across the nation. Veteran-Friendly Communities is the next evolution of the program. The framework developed by these Veteran-community innovators serve as a best practice guidebook, inspiring other communities as they rally their Veteran stakeholders to improve the overall Veteran’s experience for their neighbors and families who have served.

Jim Craig, the organization’s president, has been with the committee for many years and provided guidance to several other communities trying to form a Veterans coalition. “If I was an individual, and I wanted to get a community organized, I would try to find an event, maybe Memorial Day. Go to all of the Veteran organizations and say why don’t we get together to commemorate this day. Get them used to working together on an event,” Jim said. “Get them talking together and take that approach. Then say why don’t we form a group to get together once a month and just talk. What things are happening in our area that we feel needs action?”

Community Veteran Engagement Boards across the nation, similar to committee are solving Veteran issues in their communities by bringing everyone to the table. “We’re not doing Veteran picnics. We focus the strength of all the organizations together to achieve goals. We are the experts in knowing what each of our members do,” said committee’s First Vice President Dennis Orr.

The goal is that there will one day be a community rallying behind a Veteran no matter where they live. Learn more about community engagement boards and the tools VA is providing communities.