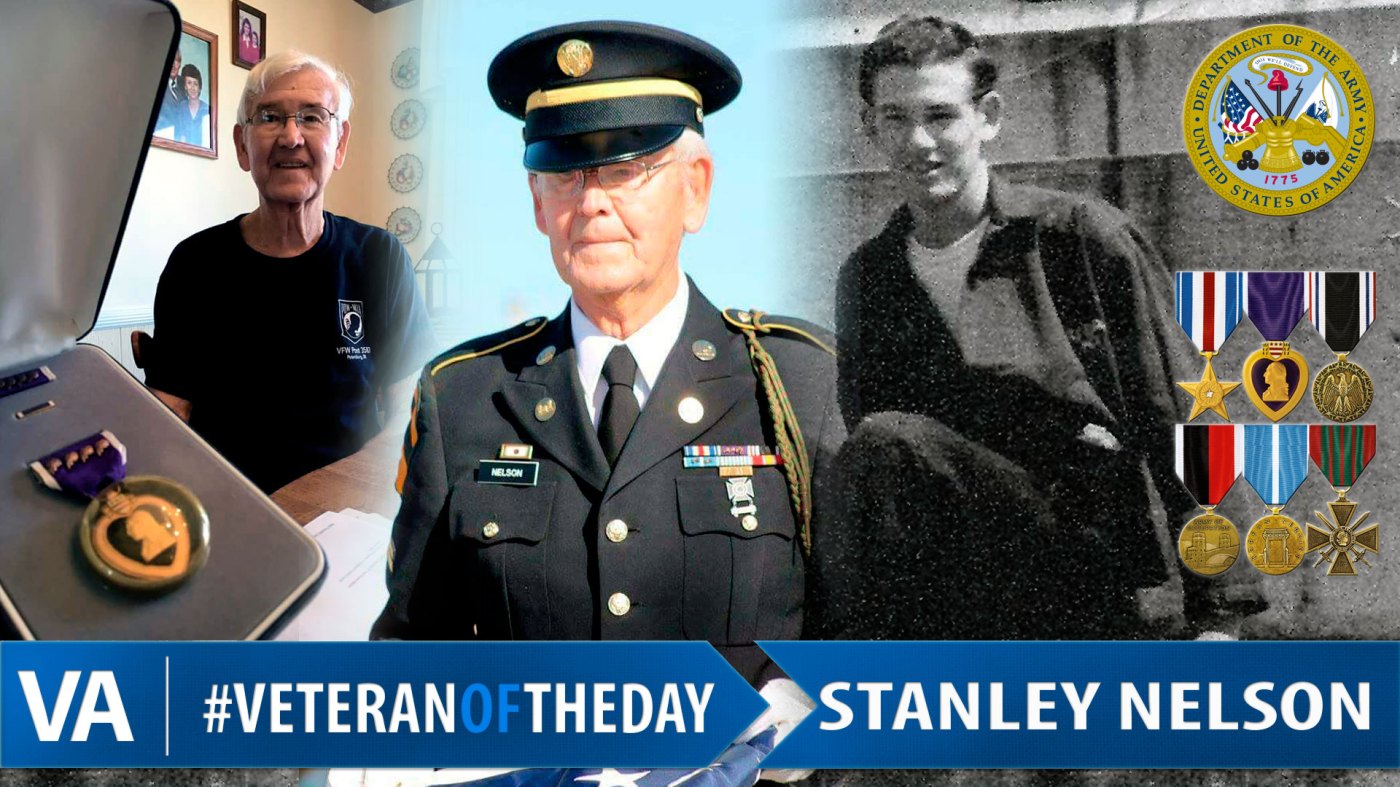 Stanley, from Otwell, Indiana in Pike County, joined the Army in 1949 and completed training at Fort Knox. He was sent to Japan and in 1950 was assigned to the 8th Engineer Combat Battalion, 1st Calvary in Korea during the Korean War. On February 14, 1951, Stanley was defending the flank of advancing soldiers near Chipyong in modern-day South Korea. He was wounded by small arms fire in the right shoulder, right foot, left leg and left foot. Stanley was left incapacitated and was captured by the enemy.

Stanley endured torture and difficult conditions while held prisoner and was left to die. However, American forces discovered him and evacuated him for medical treatment. The lower part of Stanley’s leg was amputated the following month and he recovered at Percy James Army Hospital in Battle Creek, Michigan. He was medically retired on January 31, 1952.

Thank you for your service, Stanley!