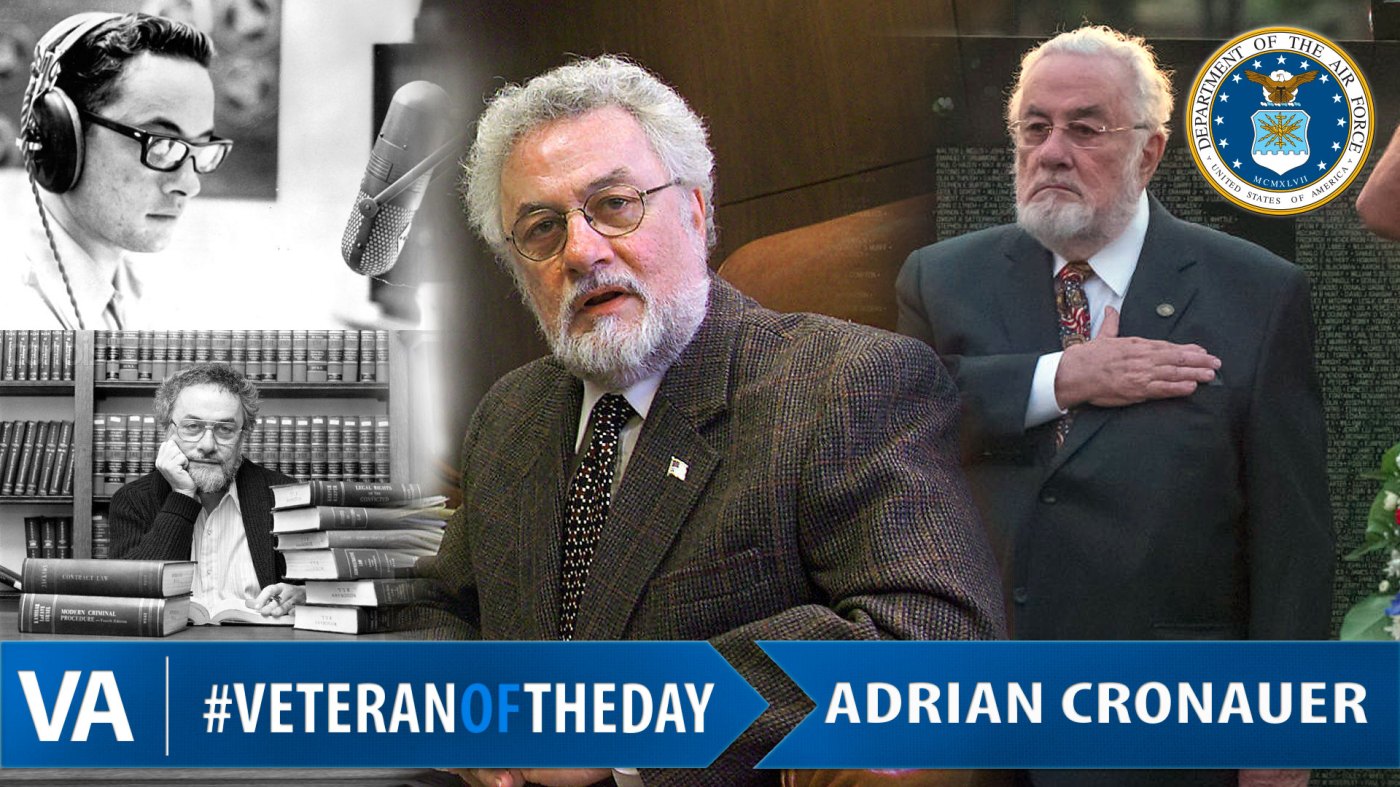 Today’s #VeteranOfTheDay is Air Force Veteran Adrian Cronauer who served in Vietnam from 1965 to 1966.

Cronauer, well known by those troops who tuned into his daily radio show “Dawn Buster,” was loosely portrayed by Robin Williams in the 1988 movie “Good Morning, Vietnam.”

The movie, and its title in particular, was inspired by Cronauer’s morning introduction heard here:

According to the New York Times, Cronauer initially thought the greeting might be too upbeat or bombastic to use in Vietnam saying, “They’re young guys in this horrendous heat, slogging through rice paddies with mosquitoes the size of Mack trucks, picking leeches off themselves, shooting and fighting and killing and being killed.

“Do I want to do that? I said, ‘Yeah, I do, because if there’s a certain amount of irony there, and if they pick up on that, they’ll know what I’m really saying.’”

After serving in the Air Force, Cronauer continued to work in the broadcasting industry, but also maintained an interest in his fellow Veterans serving as a special assistant to the director of the Prisoners of War/Missing in Action Office 2001 to 2009 where he raised awareness of America’s POWs and MIAs. He also sat on the Board of Directors of the National D-Day Memorial. Cronauer earned the Secretary of Defense Medal for Exceptional Public Service.

Cronauer passed away Wednesday, July 18 at the age of 79 in Troutville, Virginia.

We honor him for his service to America and to his fellow Veterans.