Home / Research / Long-time VA clinician, researcher inspired by those who have served

Long-time VA clinician, researcher inspired by those who have served 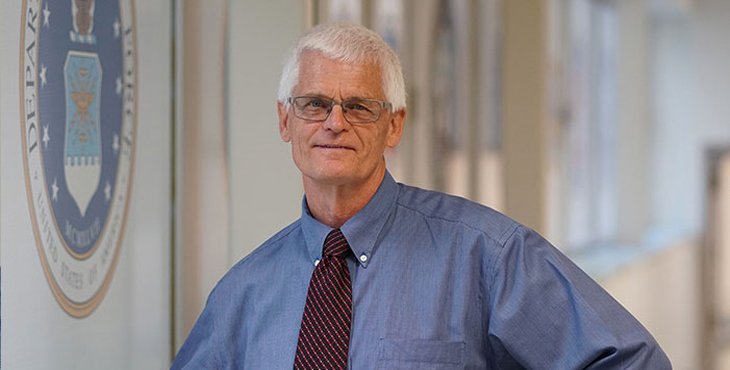 Above: Dr. Stephen Hunt is an occupational and environmental medicine physician in primary and post-deployment care at the VA Puget Sound Health Care System. (Photo by Christopher Pacheco)

Dr. Stephen Hunt goes about his work with a special thought in mind. An accomplished VA clinician and researcher, he thinks about the connections he has with Veterans, both in his personal life and his professional endeavors.

His VA career of nearly four decades has largely been in honor of his father, who fought in World War II, as well as three young men who were killed in the Vietnam War and were older brothers of his friends. It would be a “rare day,” he says, that he doesn’t think about his father, about his friends’ brothers who died in Vietnam, or about all of the people whose names are etched on the Vietnam Veterans Memorial wall in Washington, D.C.

At the same time, he tries to extend the same deep respect and appreciation to each of the thousands of Veterans he’s treated.

“Each one of those Veterans has had a very important personal story related to his or her service,” says Hunt, who is not a Veteran. “For people working in VA, this is one of our joys, taking at least a few minutes to connect with every Veteran as a Veteran, finding out what branch they were in, when they served, and whether they deployed. Reminding them perhaps that `it’s amazing that you were doing that at that age.’ It enriches our work experience to even learn a little bit about what serving means to each Veteran that we see and to understand how serving affected their life. This informs our care and makes us better providers. It also gives us a more meaningful connection with the Veterans we’re working with. What could be more important than that not only for us as clinicians, but for us as a society, too?”

In the vast community of VA professionals, Hunt sees people all around him with the same admiration and respect for those who have served.

Hunt is an occupational and environmental medicine (OEM) physician in primary care and post-deployment care at the VA Puget Sound Health Care System in Seattle. He treats combat Veterans who fought in Vietnam, the Gulf War, and in the post-9-11 conflicts in Iraq and Afghanistan. He also mentors primary care and OEM residents who are learning how to take care of Veterans in the Center of Excellence in Primary Care Education (CoEPCE) at the Puget Sound VA, one of seven VA medical centers with a CoEPCE.

Hunt has been at the forefront of developing approaches to more effectively address the complex health care needs and life changes that often surface for service members returning from combat deployment. Many of those Veterans are battling musculoskeletal injuries, mental health conditions like PTSD, or cognitive deficits stemming from traumatic brain injuries, among other physical and psychological challenges.