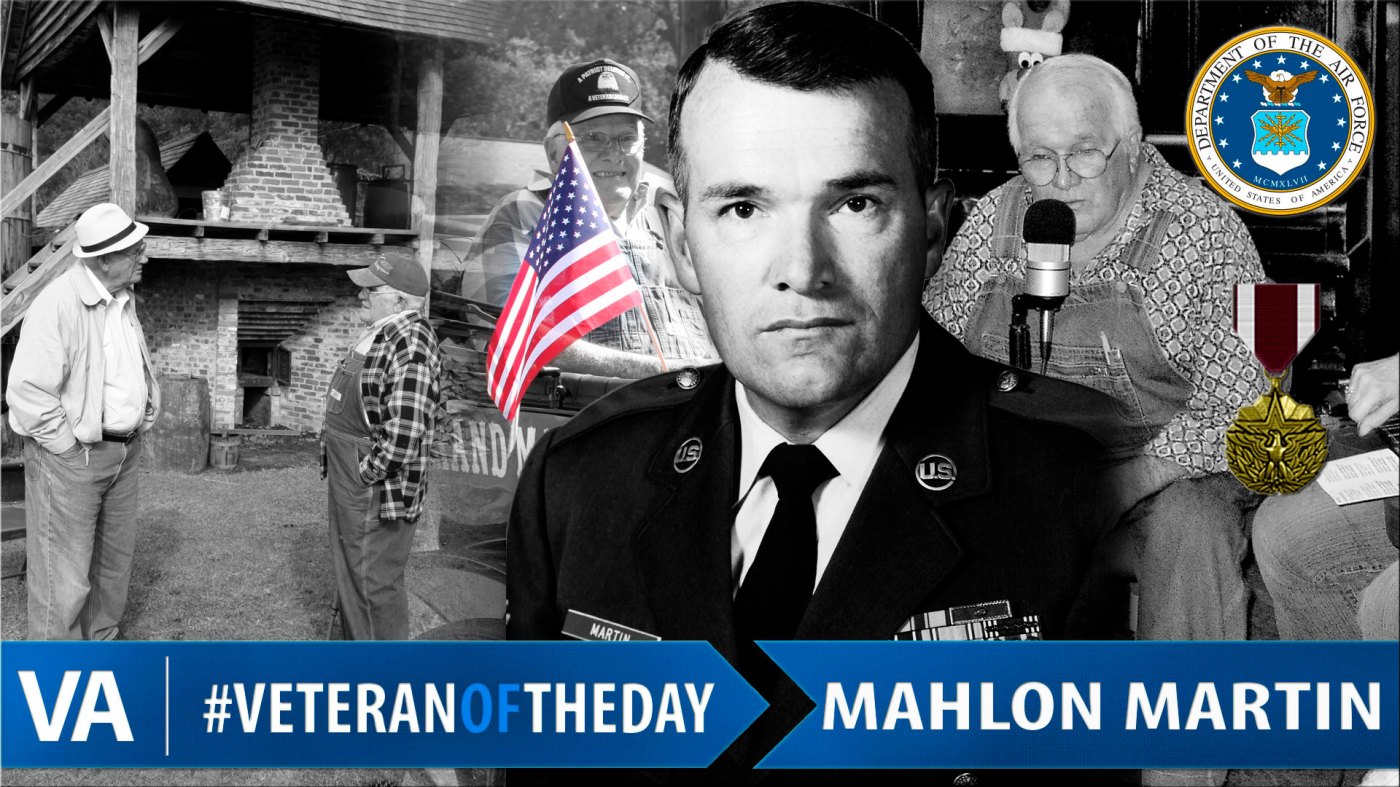 Today’s #VeteranOfTheDay is Air Force Veteran Mahlon “Mal” Martin. Mal served during the Korean and Vietnam wars from 1950 to 1976.

Mal joined the Air Force when he was 17 years old. He began work as a high-speed radio intercept operator using international Morse code and crypto graphics. Mal was stationed with nine others on Padloping Island in the Canadian Artic. He was then relocated to eastern Labrador and retrained in radio maintenance specializing in tropospheric and ionospheric scatter communications systems for communicating around the horizon.

Mal was also trained in radar, laser and heat guided missile systems and missile checkout equipment. He repaired and calibrated ground equipment consoles used to check the Hound Dog & Quail missiles launched from B-52 bombers. He was certified as a missile electronics systems superintendent and covered air launched missile systems.

Mal was one of five Chief Master Sergeants in his field at the time and was assigned to the Chief of Missile Maintenance at Grand Forks Air Force Base in North Dakota. He was head of missile systems at the 5th Air Force Headquarters at Fuchu Air Station, Japan and Kadena Air Base, Okinawa. He was also deployed to Ching Chuan Kang Air Base in Taiwan. After serving overseas, Mal moved to Tactical Air Command Headquarters at Langley Air Force Base in Virginia where he remained until retiring after 27 years of service.

He graduated second overall in a class of 120 from the Strategic Air Command NCO Academy and earned the Academic Achievement Award for the highest Academic Grade in his class, a 91.64%.

Mal credits the Air Force for allowing him to pursue his education. After his service, he became a reservist for the Federal Emergency Management Agency for 15 years. Currently, Mal resides in Geneva, Florida, tutors at the elementary school and is Historian and Genealogy Chairman of the Geneva Historical & Genealogical Society. In 2004, Mal received an Outstanding Achievement Award from the Florida State Genealogical Society. He has coauthored several Geneva history books and presented historical programs across Central Florida with his wife Mary Jo.

Thank you for your service, Mal!