A message to VA’s workforce from Secretary Wilkie 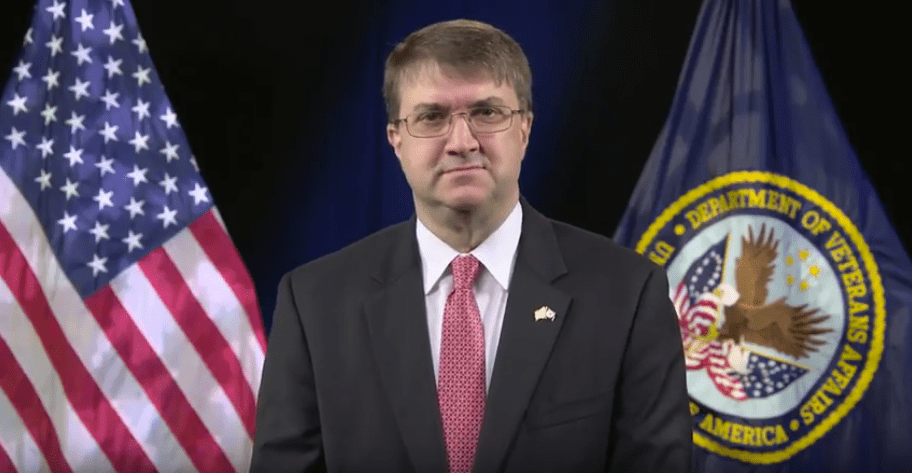 Hello, I’m Robert Wilkie and it is an overwhelming honor to serve alongside you as Secretary.

There are two emotions today.

The first emotion is feeling very humbled. I was humbled by the honor of being a candidate for this job; I was even more humbled by the call to be your next Secretary.

The second dominant emotion is that of being very, very excited—thrilled! Thrilled to be part of this Department.

I’m deeply grateful to President Trump for the opportunity to serve for him and for America’s Veterans. I am also grateful to the United States Senate for their vote of confidence.

First off… I want to thank you… the staff of the VA. Whether you are at a health care facility, on the Benefits team, serving at our cemeteries, or here as part of our staff at the headquarters… You may not hear enough, but I want you to hear it from me. Thank you for your tireless work and devotion to our Veterans… and thank you for all you do to help them and their families every day.

When President Herbert Hoover signed the executive order in 1930 creating the Veterans Administration, he consolidated Veterans programs and created a new independent administration “for the relief of veterans.” Eighty-eight years later, that is still our charge.

During my confirmation hearing, and in previous messages to you while serving as the Acting Secretary, I shared with you my philosophy – customer service.

Next, we must have a bottom-up organization. The energy must flow from you who are closest to those we are sworn to serve.

It is from you that the ideas we carry to the Congress, the VSOs and to America’s Veterans will come. Anyone who sits in this chair and tells you he or she has the answers is in the wrong business.

I want to share a story with you from President Eisenhower.

Five months after his inauguration, about 40 Korean War Veterans climbed aboard the presidential yacht Williamsburg—many were missing limbs, some were horribly disfigured. When Ike arrived at the pier, the Secret Service began running up the plank to separate the President from his troops. Before they reached the deck, Eisenhower yelled, “Halt! I know these men.” The agents retreated, and the soldiers gathered around the President.

He said there was nothing the country could do for them that could compensate for what they had given to America. He then addressed them at attention, and those who could stand did, and said you will never put away your uniform, you are always on duty. “You must get well, to remind your countrymen every day that freedom is never free.”

This is our VA. We are here to care for all of our nation’s heroes whose service and sacrifice inspires us all. That is our important and non-negotiable mission. The President and Congress support us, and I’m honored and excited to lead this organization.

I look forward to meeting you, listening to you and serving alongside you. I value your thoughts and insights as we improve our Department for the challenges in the years ahead.

Thank you and God bless.