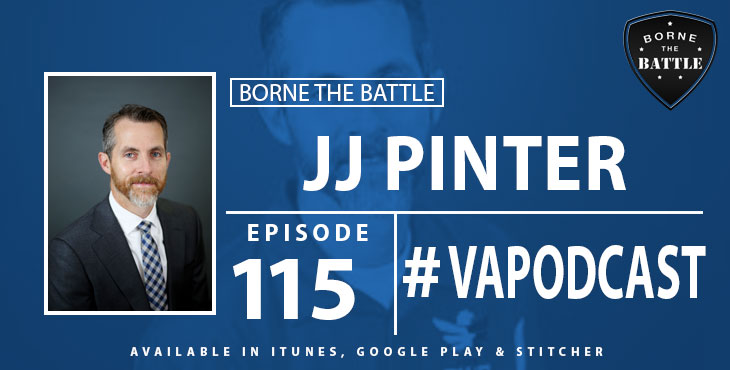 Back in December of 2016, we featured Army Veteran Blayne Smith on the podcast. At the time, he was Executive Director of Team RWB. That was episode 11. He has since moved on to the GORUCK team, and here on episode 115, we are featuring he successor, and good friend, JJ Pinter. JJ is also an Army Veteran who joined shortly before September 11.

JJ will share his story of military service and tell us about the wonderful soldiers he served with, but the real value in this interview comes from his insight as Team RWB’s second official employee. He’s been with Team RWB for quite some time and in the Veteran space even longer. He shares his perspective on serving Veterans’ post-military needs, measuring the impact his organization is making on Veteran, how his staff focuses on their mission, and other valuable thoughts that only someone in his position can have.

JJ Pinter is the Executive Director of Team Red, White, and Blue. As Team RWB’s 2nd employee, he has played a key role the development, growth, and operation of the organization. JJ works closely with board members, staff, and volunteer leaders to ensure the delivery of excellent programs that deliver impact. He provides strategic guidance in addition to building and managing critical partnerships.

JJ is a West Point graduate and combat veteran, serving as a Field Artillery officer. After his military service, he held both leadership and analytical positions in the construction, defense and medical industries. He currently resides outside Louisville, KY with his wife and 3 kids, where he loves to coach youth sports and be outdoors with his family.

The full transcript for episode 115 can be found here.