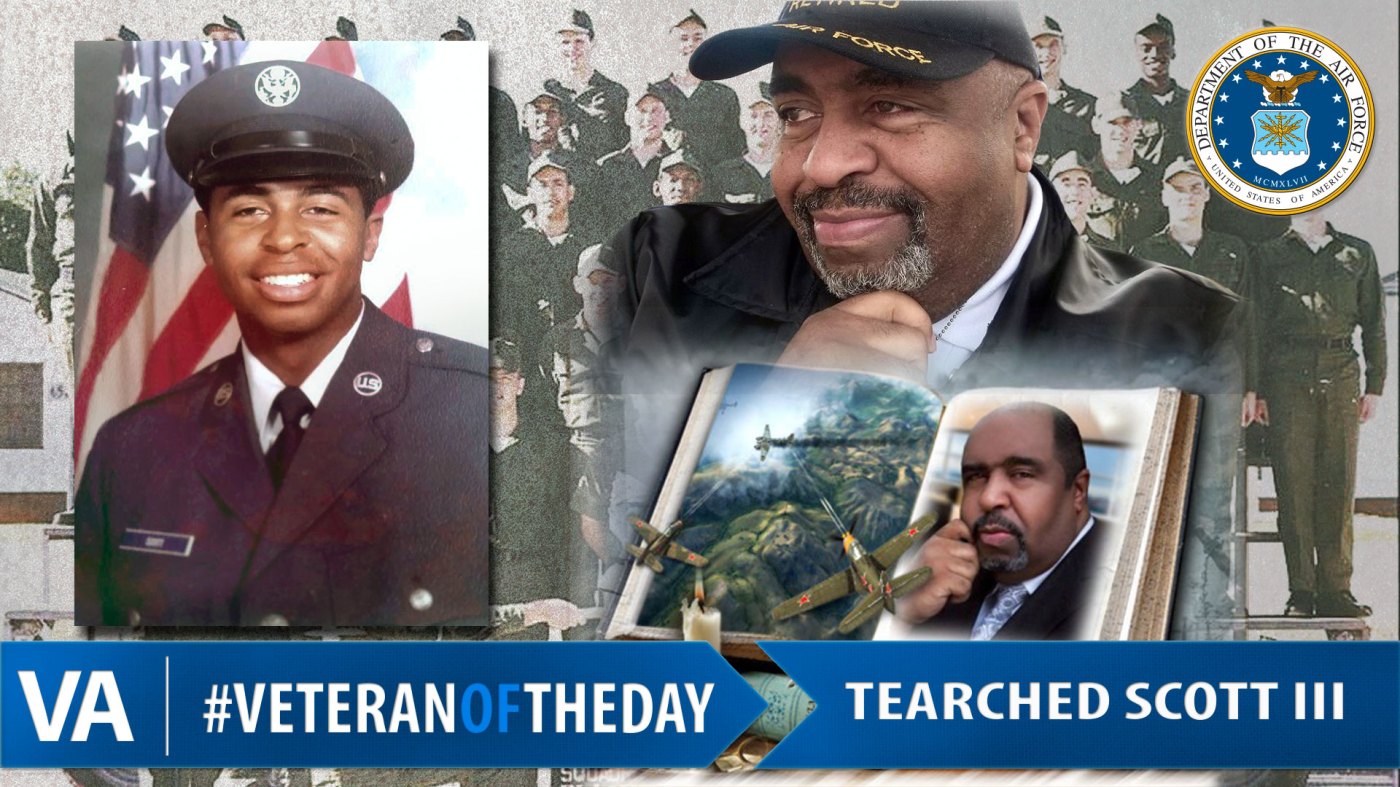 Tearched was born and raised in Chicago, Ill. He joined the United States Air Force in 1980 and was sent to Lackland Air Force Base, Texas for basic training. In January 1983, Tearched became the first African American in the Air Force to serve in the position of a wing historian for the 19th Bombardment Wing at Robins Air Force Base. Tearched was then sent to the Air Force Noncommissioned Officer Academy and graduated as valedictorian with honors. He then went to school at Barksdale Air Force Base, Neb. and Gunter Air Force Base, Ala. in order to perfect his writing skills.

Upon returning to Robins Air Force Base, Tearched served for three years as the Noncommissioned Officer In Charge of the Robins Air Force Base Honor Guard. His writing skills were in a detailed account of the entire Grenada invasion by the United States Armed Forces, which was later featured and archived at the Air Force Historical Research Development Center in Gunter Air Force Base.

In 1986, Tearched received a special assignment to be the 50th Tactical Fighter Wing Historian at Hahn Air Base in West Germany. From April 1986 to June 1992, he was assigned continue his work as a wing historian, including writing about the Desert Storm Campaign in 1991. In total, Tearched penned 24 books during his tenure in the Air Force. After leaving active duty in June 1992, Tearched stayed in Germany for another two years and became the Regional Security Manager of the Army Air Force Exchange Services in Kaiserslautern, Germany.

Today, Tearched lives in Atlanta, where he volunteers his time and money to feeding and clothing less fortunate Veterans. He has also written and directed plays for veteran groups in Atlanta. Tearched is an International Award Winning Toastmaster and has been invited to be a featured guest and motivational speaker to uplift the spirits of groups of Veterans. Tearched spearheads two programs at his local church; the first of which is to recognize the veterans and their families who have paid the ultimate price, and the other program recognizes those who have served honorably in the Armed Forces. Most recently, Tearched was recognized, in August 2018, at the East Point, Veteran Association Clinic in Georgia for his story of overcoming homelessness to become a successful man.

Thank you for your service, Tearched!