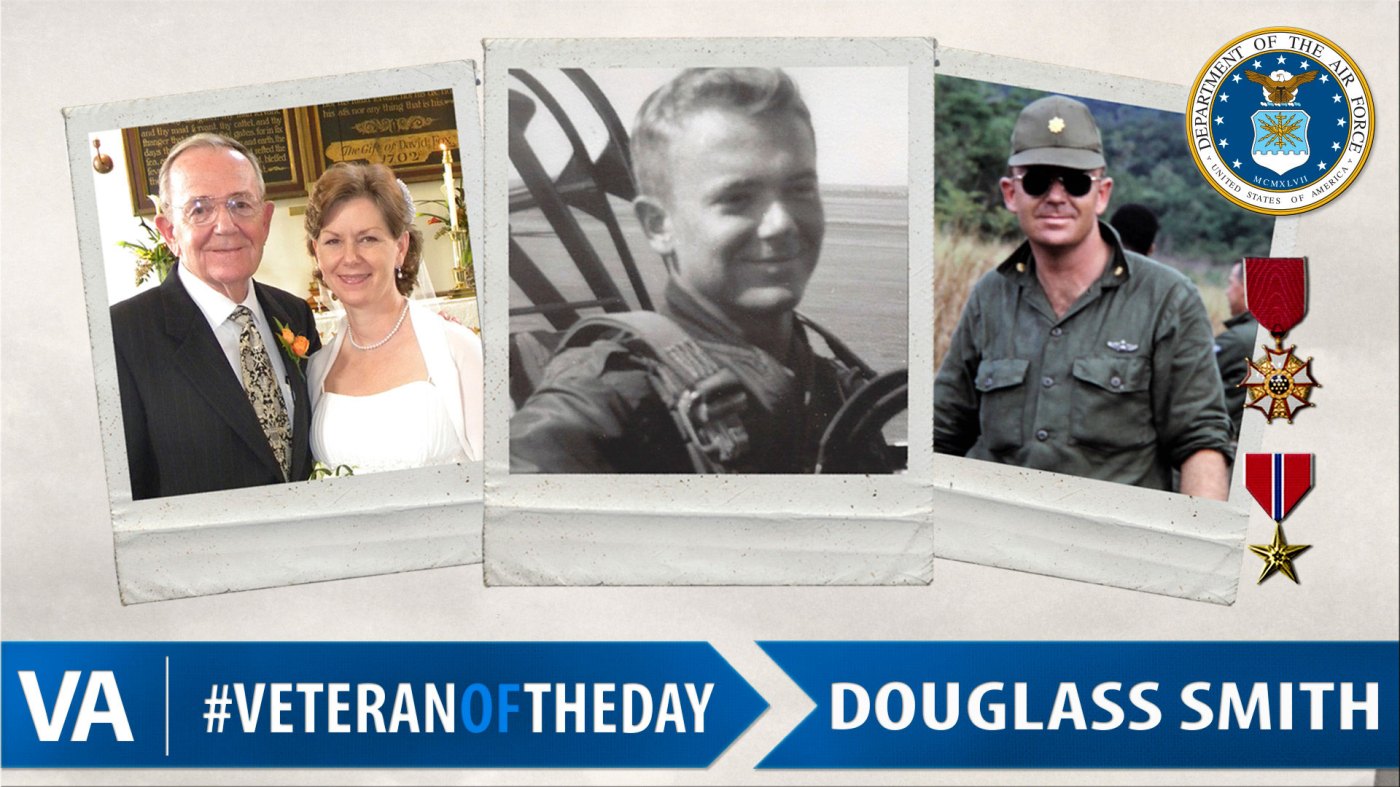 Douglass reported to Charleston Air Force Base, S.C. in 1952, where he remained until 1958. In 1958, he was sent to McCoy Air Force Base, Fla. He then reported to Santiago, Chile as part of a military group from 1963 until 1966. Douglass then relocated to the Pentagon for two years, followed by Thailand and Vietnam where he flew reconnaissance missions as a command pilot in the Super Constellation “Connie” C-121 from 1968 to 1970. After flying reconnaissance, Douglass reported to Albrook Air Force Base, Panama for two years until returning to the Pentagon in 1973 for two more years until 1975. From 1975 to 1977, Douglass served as part of an air attaché in Santiago, Chile. Douglass then retired from the Air Force in 1978.

Douglass was awarded the Bronze Star, Legion of Merit, Air Medal, and Chilean Star of Military Merit for his service in the Air Force.

After retirement, Douglass continued to travel the world and lived in Chile, California, Jordan, Hawaii, Washington D.C., and Florida. He sold aircraft for Boeing and Northrop-Grumman. Douglass also was a liaison between LAN Chile airlines and Embry-Riddle University to recruit students for pilot training.

Douglass currently lives in Flagler Beach, Fla. with his wife of 40 years.

Thank you for your service, Douglass!