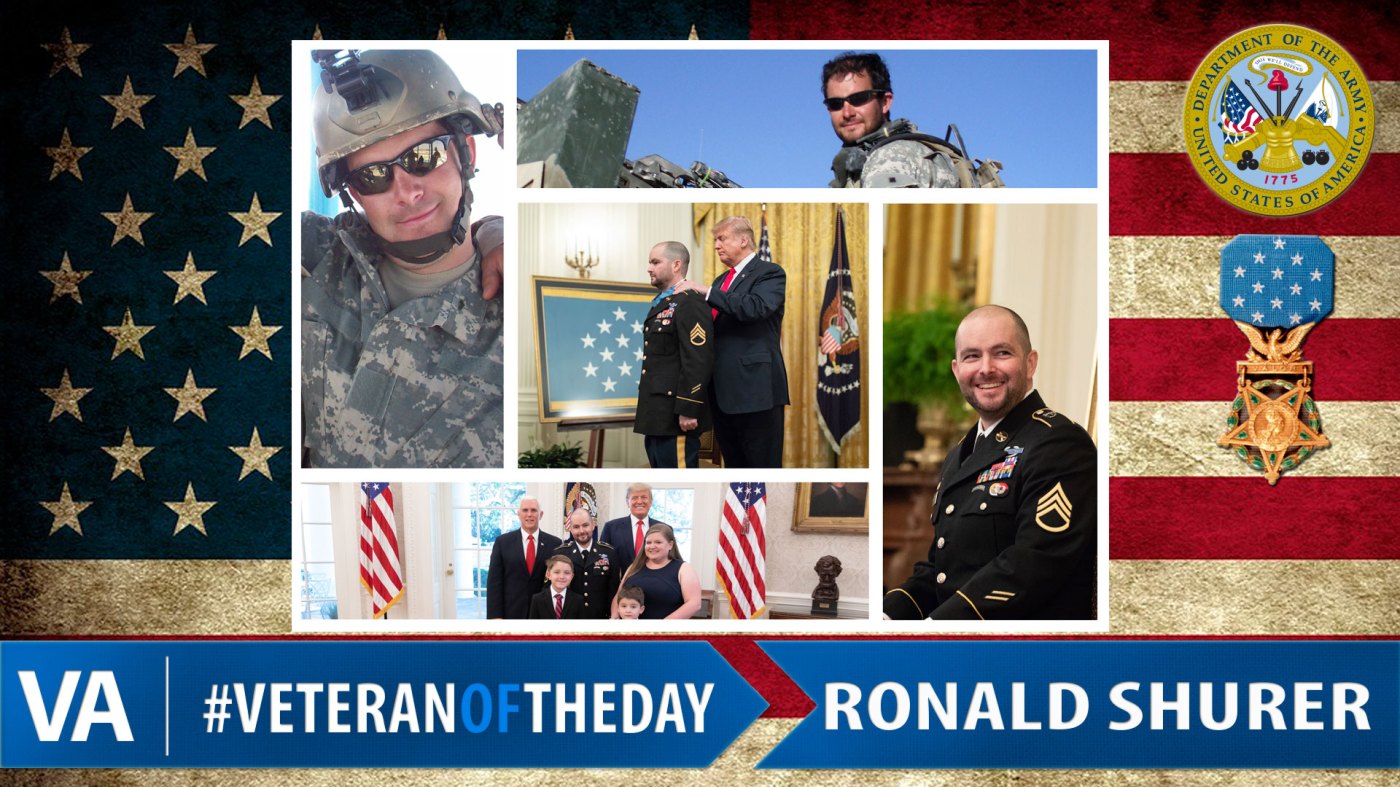 Ronald, like many, felt his call to duty following the events of Sept. 11, 2001. He was inspired to serve in the Armed Forces hoping to follow in the footsteps of his great-grandfather, grandfather and parents. Shurer joined the U.S. Army in 2002 and was assigned to the 601st Area Support Medical Company, 261st Area Medical Battalion, 44th Medical Command, at Fort Bragg, North Carolina. In 2004, he entered Special Forces selection and began the Special Forces Qualification Course. In June 2006, Shurer was assigned to the 3rd Special Forces Group and deployed to Afghanistan from August 2006 to March 2007 and again from October 2007 to May 2008.

On October 1, Ronald received the Medal of Honor at the White House for his actions on April 6, 2008 in Afghanistan. The Operational Detachment Alpha was on a mission to capture or kill high-value targets of the Hezeb Islami al Gulbadin in Shok Valley, Afghanistan. His unit came under a series of insurgent sniper fire, rocket-propelled grenades and small-arms and machine-gun fire forcing them into a defensive fighting position. Ronald spent the next hour fighting across several hundred meters and killing multiple insurgents to reach a pinned-down element. He immediately tended to four critically wounded U.S. soldiers and 10 injured Afghan commandos. Shurer exposed himself to snipers, who shot him in the helmet and wounded his arm. He would go on to treat his wounded teammates and evacuate three critically wounded, non-ambulatory teammates down a near-vertical, 60-foot cliff using a run of nylon webbing to lower casualties while he physically shielded them from falling debris to ensure their safety.

Ronald was honorably discharged from the Army in 2009. He continued to serve his country by working for the Secret Service.