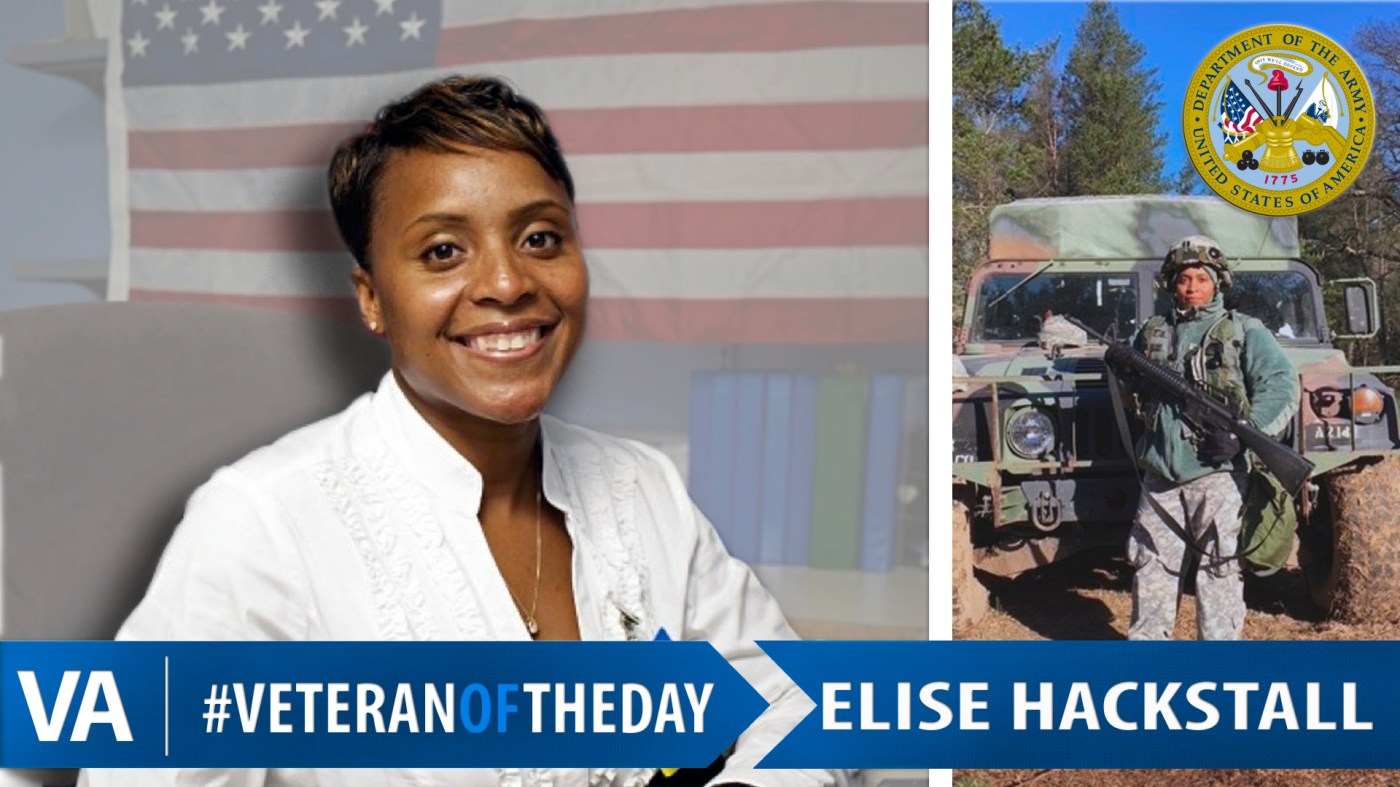 Today’s #VeteranOfTheDay is Army Veteran Elise Hackstall. Elise served actively from 2004 to 2008 and as part of the reserves until March 2018.

After graduating from West Point, Elise enlisted in the Army. She was assigned to Fort Knox Kentucky as a Logistics Officer. In this position she provided logistical support to over 300 personnel and oversaw the coordination and management of Army vehicles with zero loss. She later became a Company Executive Officer and then a Company Commander. In these roles she managed the development and training of over 100 personnel. The highest position Elise held was that of Personnel Management Officer where she oversaw more than 16,000 new Army service members and provided for the overall health of over 23,000 soldiers. She also evaluated the Armor Branch of the Army for this position.

After four years of active duty, Elise transitioned to the reserves in 2008. In the reserves she served as a Senior Human Resource Officer. In this position she advised Brigade Commanders on all human resource related functions. In 2017, she became a Battalion Human Resource Officer where she oversaw over 3,500 soldiers. In 2018, Elise returned to civilian life. During her time in the reserves Elise was working at Walmart and she continued to work there after her retirement from the Army. Elise felt drawn to Walmart as its core values are very similar to that of the Army. She is now the Developmental Market Manager at Walmart where she is responsible for 18 store locations across multiple states.

Thank you for your service, Elise!