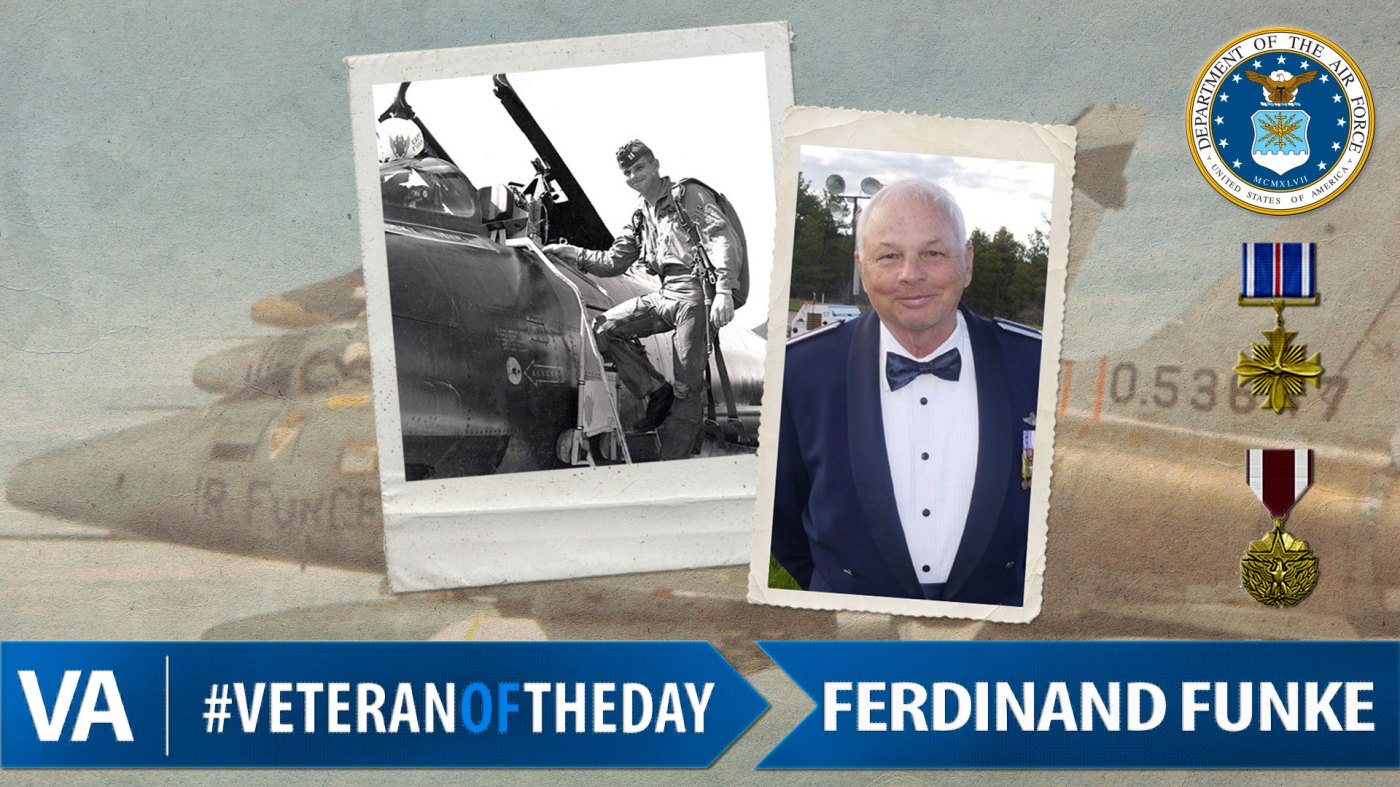 Today’s #VeteranOfTheDay is Lt. Col. Ferdinand “Jack” Funke. Jack was an Air Force Veteran who flew hundreds of missions during the Vietnam War.

Jack was born in October 1939 in Evansville, Indiana. He was very active as a child. By the age of 17, Jack had earned his private pilot license. For a brief time, he attended Evansville College.

After a year of college, Jack recognized his calling to the Air Force. He was accepted to the Aviation Cadet Program for navigation training at Harlingen Air Force Base in Texas. After training, Jack was assigned to the 445th Fighter Interceptor Squadron at Wurtsmith Air Force Base in Michigan. He spent four years at Wurtsmith flying F-101B fighters. Many of the missions he flew during this time were for national security purposes during the Cuban Missile Crisis. He was then transferred to Charleston Air Force Base in South Carolina as a member of the 444th Squadron.

In 1966, Jack graduated from pilot training courses as Reese Air Force Base in Texas. After this, he was assigned to the 614th Tactical Fighter Squadron at Phan Rang Air Base in Vietnam. On this tour, he flew 222 combat missions against the North Vietnamese in the F-100D aircraft.

Following his tour in Vietnam, Jack was assigned to be an instructor for T-37 pilots in Selma, Alabama. In 1972, he was reassigned to the 429th Squadron in Las Vegas. Jack was once again sent back to the conflict in Southeast Asia, this time to Takhli Air Base, Thailand. On this tour, he flew 147 combat missions. When Jack returned home, he became an instructor and operations officer with the 428th Squadron at Nellis Air Force Base in Nevada.

In 1976, Jack was promoted to lieutenant colonel and became the commander of the 391st Tactical Fighter Squadron at Mountain Home Air Force Base in Idaho. He then served on a NATO mission in Boerfink, West Germany for three years. After this deployment, Jack returned to Idaho as chief of quality assurance at the base and continued as a flight instructor. Jack retired from the Air Force in 1986, having earned the Distinguished Flying Cross, Defense Meritorious Service Medal and Meritorious Service Medal.

In civilian life, Jack earned a master’s degree in aeronautical science from Embry-Riddle Aeronautical University. From 1988-1999, he was chief flight test conductor for Northrop Grumman’s B-2 Spirit Stealth Bomber project. He continued to live an active lifestyle, always enjoying outdoor adventures across the West. Jack still continued his love for flight, flying his own Beechcraft Bonanza. He was also very fond of spending time with his four kids, ten grandchildren and great grandson. Jack passed away in February 2018 at the age of 78.