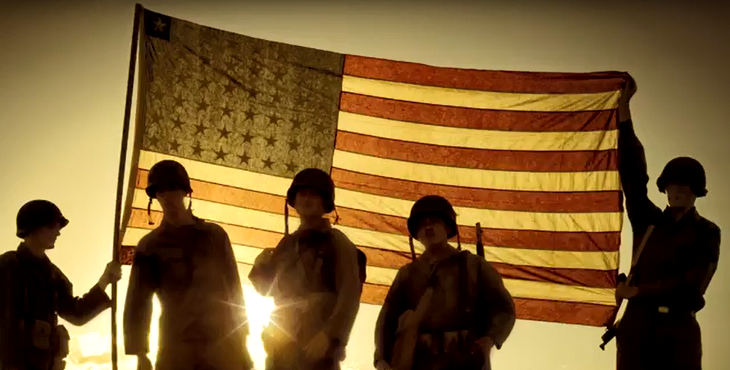 Since the Armistice Day on Nov. 11, 1919, Americans have paused to salute the service and remember the sacrifices of our men and women in uniform.

Though every Veterans Day is special, this year’s commemoration is particularly meaningful—marking the 100th anniversary of the 11th hour of the 11th day in the 11th month of 1918, the moment when the guns of the Great War fell silent across Europe.

In the conflicts preceding World War I, and in those that have followed, Americans have never faltered.

Whether in epic battles—the names of which are known to many—or in little-known skirmishes, remembered only by those who fought them, men and women of our Armed Forces have pledged themselves to preserve the strength and assure the survival of our Nation.

From Bunker Hill to Baghdad, the men and women of our Army, Navy, Air Force, Marines, and Coast Guard answered the call to safeguard the American way of life.

As the Nation honors its 20 million living Veterans and acknowledges their courage and sacrifice in war and their endeavors during periods of peace, I am proud to extend them the respect and gratitude of the Department of Veterans Affairs.

I want to also thank VA’s employees, many of whom are Veterans themselves, for their unwavering commitment to and compassion for those who have borne the battle.

It is our privilege—today and every day—to remind our fellow citizens of the debt we owe to those who have so willingly answered the highest calling.

Their legacy is the freedom we all enjoy and too often take for granted.

What we do here and how we do it ensures that every day is Veterans Day at America’s VA.

God Bless all who have served, their families and this great nation.