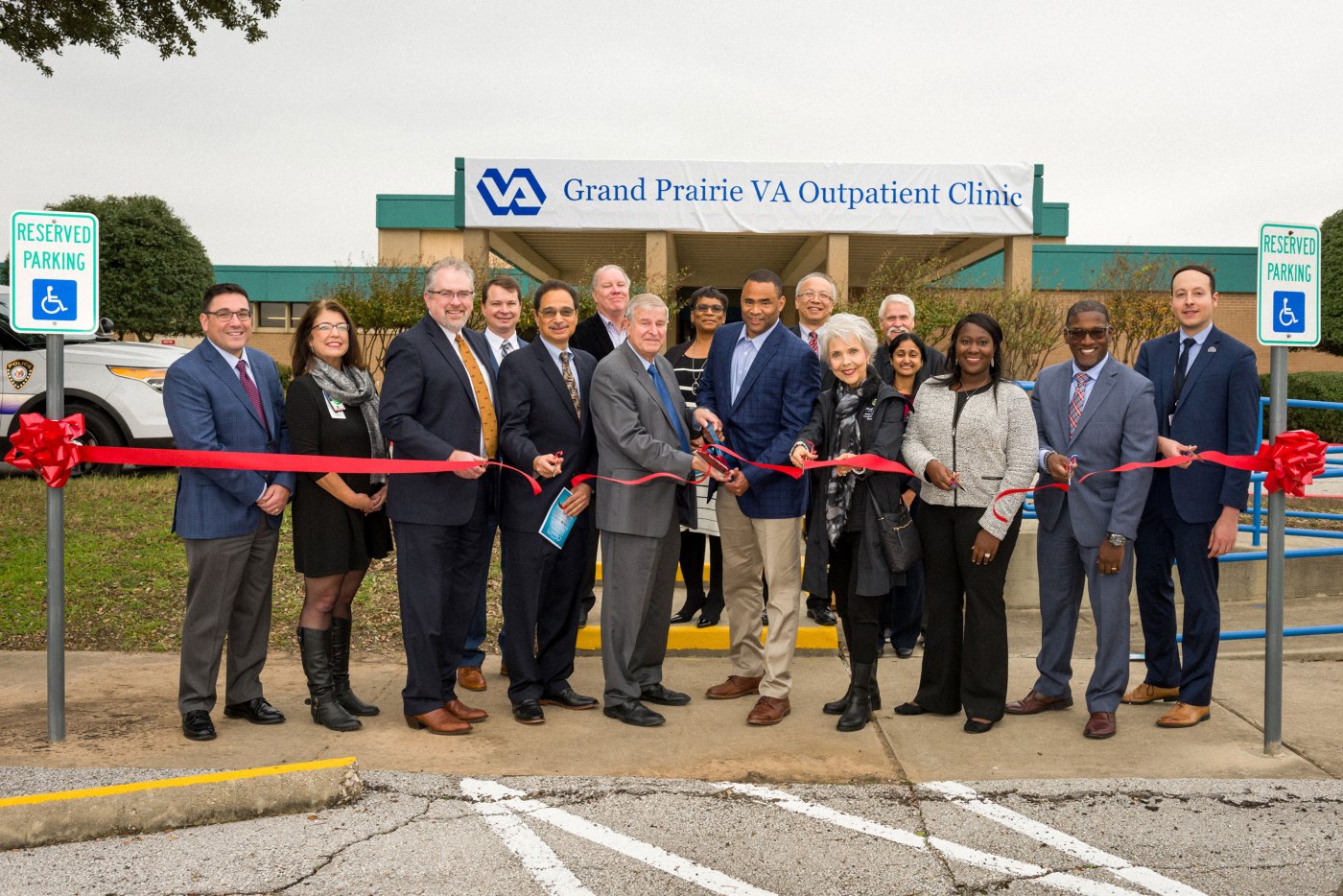 Despite a biting, frigid wind and a spattering of rain, a large crowd including men and women sporting jackets with their proudly earned service patches, professionals with VA lanyards, firefighters, and a U.S. Congressman filled the seats in a non-descript industrial building in the North Texas city of Grand Prairie on November 8th for the ribbon cutting ceremony of a much needed 24,000-square-foot VA Clinic.

The Grand Prairie VA Clinic is one of 11 modernization projects instituted to address a growing square footage deficit of 1 million square feet. This clinic is opening in two phases, with an initial phase of 46 medical and administrative professionals, followed by an additional 30 to 45 staff once later phase renovations are complete in late 2019.

The Clinic addresses all six of VA North Texas’s priorities for Veteran care by opening additional primary and behavioral health resources to match county and catchment area population trends, projections, and feedback from the Veterans.

“The greatest thing we can do to honor all Veterans of all eras, conflict and peace, is to uphold the promise that we as a country made to care for them and their families once they take off the uniform for the last time,” said Dr. Stephen Holt.

In 2017, VA North Texas provided health care to over 133,000 Veterans with 1.5 million outpatient visits and nearly 4 million filled prescriptions at 11 facilities within a 40-county service area in two states. Tailoring care to every Veteran and empowering the right team to have a bias for action has enabled the 5,700 employees of VA North Texas to improve and build upon excellent patient experiences for those who have borne the battle and their families.

“Our Veterans deserve the very best medical care that we can provide, and they’ll get it right here in Grand Prairie, in this facility, with our outstanding staff and the support of community stakeholders,” said Holt. “Nobody provides better health care to Veterans than VA. Nobody.”