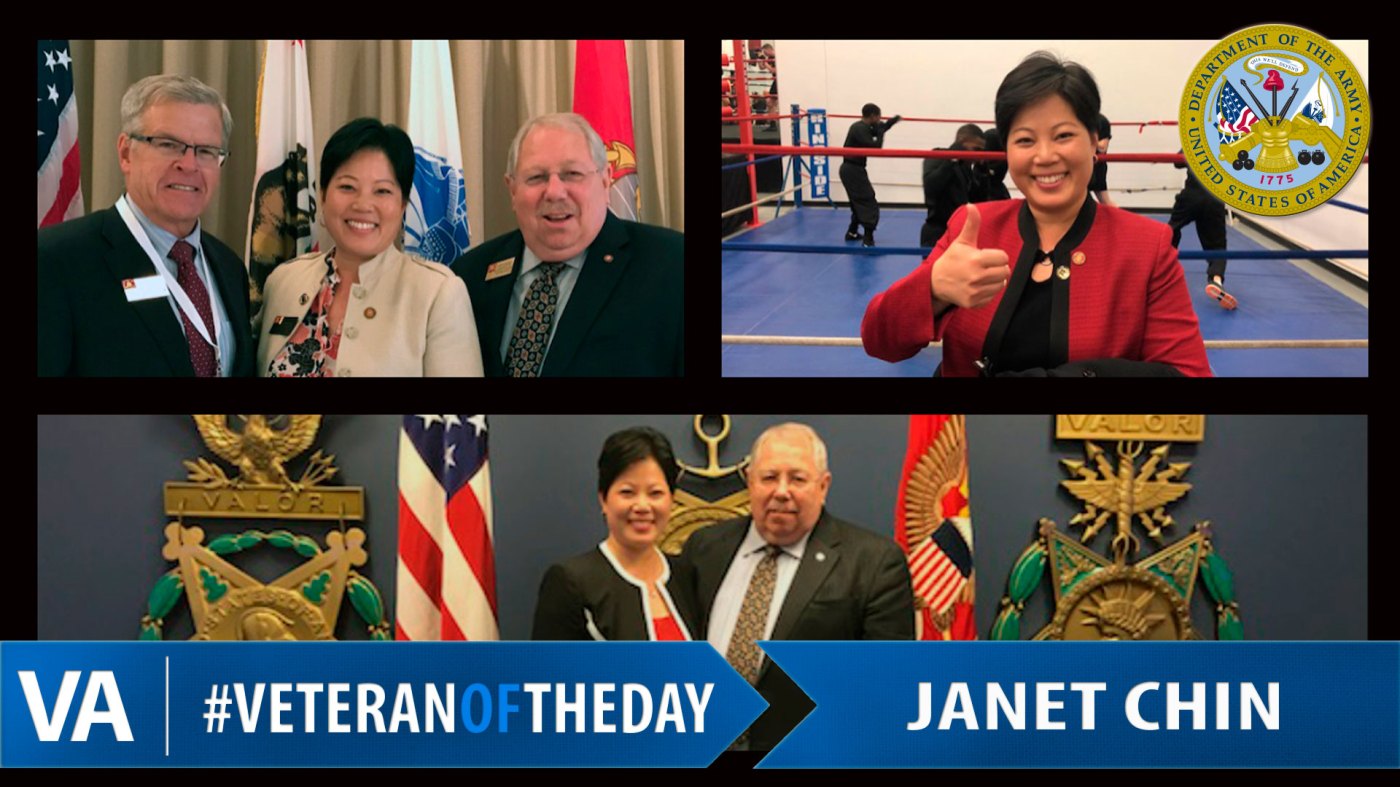 Janet was born in Los Angeles, California and enlisted in the Army. Janet’s first duty station was in South Korea; she was then stationed with the 63rd Signal Battalion at Fort Gordon, Georgia, before being deployed to Port-au-Prince with the unit in support of Operation Uphold Democracy. This operation lasted from September 1994 to March 1995.

During her service, Janet became interested in advocating for children and founded the M. Janet Chin Youth Foundation in the Rosemead community. She continued to serve with the California State Military Reserves in their signal corps and was commissioned as a 2nd Lieutenant assigned to the 79th IBCT.

For her service, Janet earned the Army Achievement Medal, National Defense Medal, and Armed Forces Expeditionary Medal. She also earned the California Achievement Medal and Professional Development Ribbon from the CA State Military Reserves. In March 2012, Janet became the Communications Director of the 22nd Senate District and is currently working as the District Director since May 2016 for the California State Senate. She was also appointed to become the Civilian Aide to the Secretary of the Army for the Los Angeles area in December 2016 and still serves in that position.

Thank you for your service, Janet!