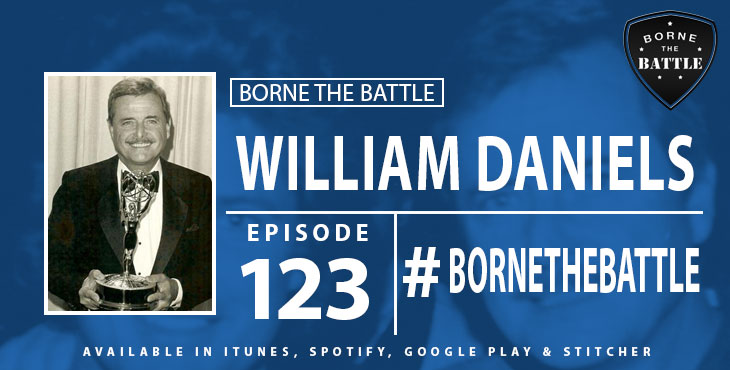 Every once in a while I’m pleasantly surprised to discover that someone famous is a Veteran. A couple months ago, a story came out about William Daniels when he fended off an intruder in his house. When I saw his age, I wondered if he served in World War II. Sure enough, I learned that he spent a couple years in Italy shortly after the bomb dropped in Hiroshima. So, naturally, I wanted to speak to him about his service and invited him to join me on Borne the Battle.

Many of you probably recognize him as the voice of KITT on Knight Rider, Dr. Craig on St. Elsewhere, and, the role he’s most commonly recognized for, Mr. Feeny on Boy Meets World.

Mr. Daniels and his wife Bonnie joined me for a short phone interview to share his experiences as a drafted soldier in World War II, using the G.I. Bill to attend Northwestern University, being a recognized actor, and how important his relationship with Bonnie has been through it all.

The full transcript for episode 123 is available here.