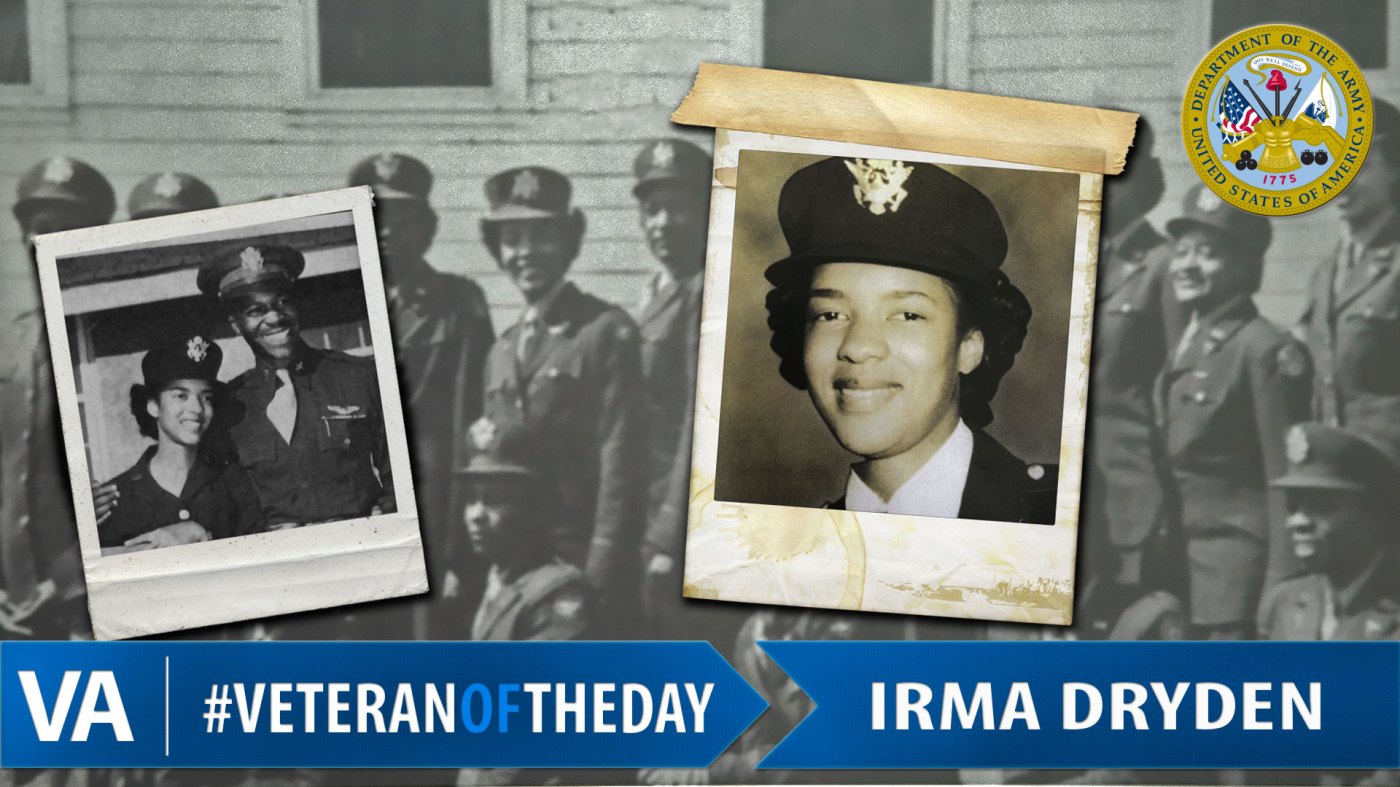 Irma is originally from New York, NY. She joined the Army as a Nurse and was commissioned as a Second Lieutenant. In April of 1943, she was assigned to the Tuskegee Air Base hospital in Alabama to support the pilots of the Tuskegee Experiment.

During her service, she met Army Second Lieutenant Charles Dryden, who was a pilot assigned to 99th Pursuit Squadron, and they later married.

Irma is part of the Documented Original Tuskegee Airmen and was awarded the Congressional Gold Medal in 2014 for her service.

Thank you for your service, Irma!