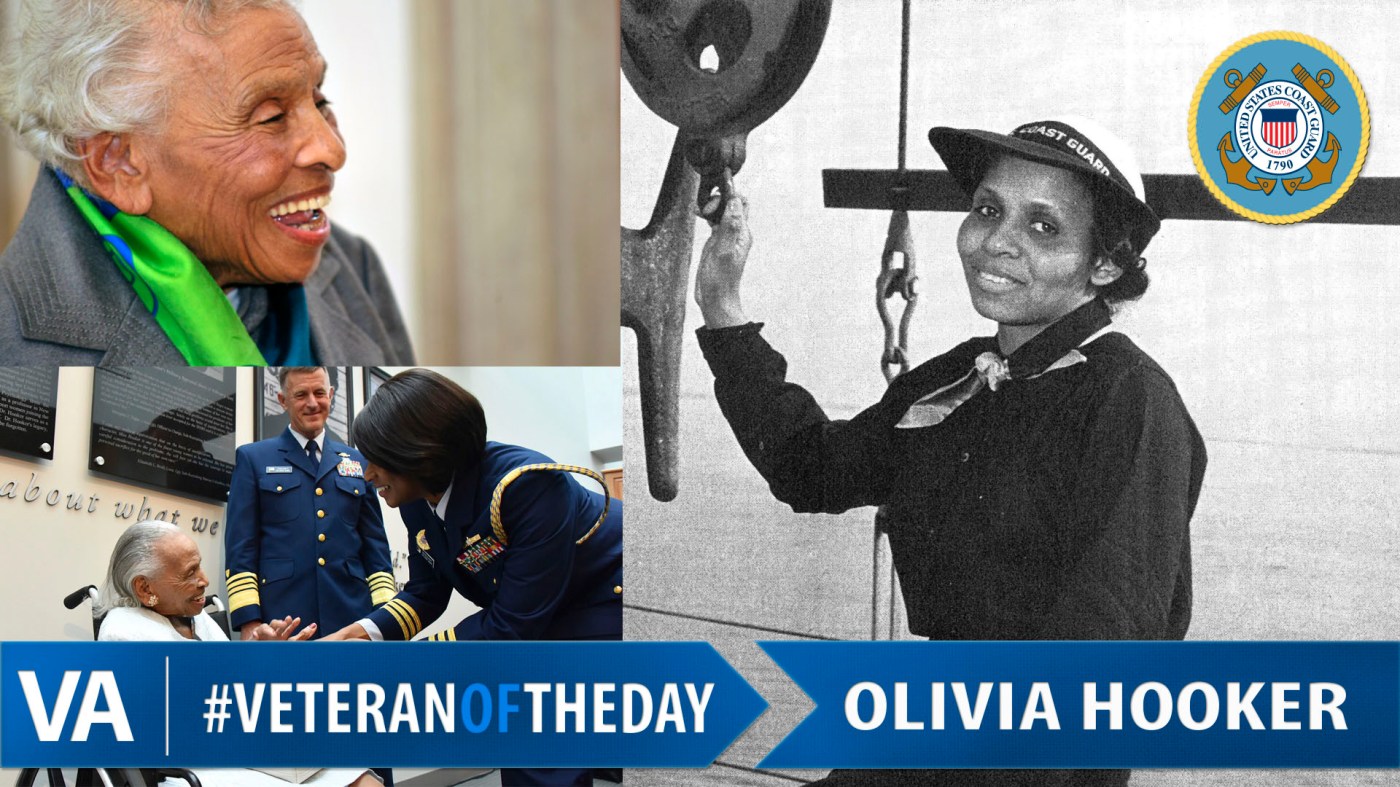 Today’s #VeteranOfTheDay is Coast Guard Veteran Olivia Hooker. Olivia served from 1945-1946 and and was known as one of the last surviving members of the Tulsa race riots of 1921.

Olivia was born in February 1915 in Muskogee, Oklahoma. She was just six years old when the Tulsa riots broke out. Olivia and her three siblings hid under the family dining room table as torch-carrying Ku Klux Klan members destroyed her family’s home. The riot left 35 of Tulsa’s city blocks destroyed and over 800 people were treated for their injuries.

Following the riots, Olivia’s family moved to Columbus, Ohio. In 1937, she earned a bachelor’s degree from The Ohio State University. While at OSU, she joined the Delta Sigma Theta sorority where she advocated for women to join the military.

During World War II, Olivia became the first African-American woman to join the U.S. Coast Guard. She would go to basic training for six weeks in Manhattan Beach, New York. She served as a member of the Semper Paratus program (SPAR) where she prepared discharge papers for guardsmen returning from the war and rejoining civilian life. Olivia would serve her entire career in Boston typing discharges and doing paperwork. She served on active duty as a yeoman from July 1945 to June 1946.

Olivia served in the Coast Guard until her unit was disbanded after the war. By the end of her service, she earned the rank of petty officer 2nd class as well as a Good Conduct Award following her service, Olivia received a master’s degree in Psychological Services from the Teacher’s College of Columbia University. She would go on to earn her Ph.D. in Clinical Psychology from the University of Rochester. She cherished her profession working as a professor at Fordham University, retiring at the age of 87.

Olivia was a firm advocate of women joining the military believing it provides a key foundation for future success. She was also a member of the Tulsa Race Riot Commission. She will be remembered for her dedication to our country.

She recently passed away at her home at the spectacular age of 103 in White Plains, New York. She was laid to rest with full military honors. We remember her service and those who lost their lives in the Tulsa race riots.