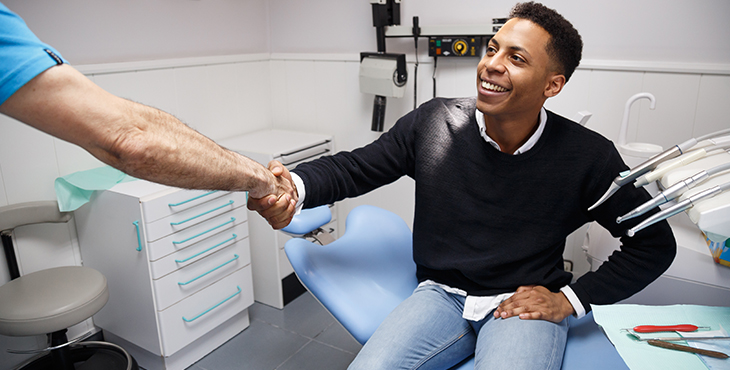 Some 2 million Veterans have used the Veterans Choice program to date to access care in the community. (Photo for illustrative purposes only. ©iStock/PabloBenitezLope)

A longer version of this article originally appeared in VA Research Currents.

In 2014, Congress passed a law that expanded access to health care for Veterans through a VA-funded, privately administered system. The measure, which came in response to reports of Veterans facing long wait times at VA medical centers and suffering possible adverse consequences, added to existing programs that allow former service members to receive care outside of VA.

The program is called the Veterans Choice Program. It stipulates that Veterans who need to wait more than 30 days to see a VA doctor or who live at least 40 miles from their closest VA site can receive health care from community providers. The provider must be part of VA’s network of community providers.

Some 2 million Veterans have used the Choice program to date.

Two VA studies that were published in July 2018 examined Veteran experiences with the program and reached similar conclusions: Patients generally liked the health care they received through the program, but they found the process challenging. They complained of a lack of community providers enrolled in the program, for example, and spoke of confusion in determining if VA or a third-party company is coordinating the care and is responsible for paying the bill.

Dr. George Sayre of the VA Puget Sound Health Care System in Seattle led one of the studies, which included 43 Veterans, all but two of them male. Dr. Kristin Mattocks of the VA Central Western Massachusetts Healthcare System led the other study, which included 62 Veterans, all of them female. Her study was the first one, she says, to examine the challenges faced by women Veterans receiving care through the Choice program.

The participants in both studies told of their experiences through telephone interviews within about a year after the Choice program began.

Both VA and Congress have since worked hard to improve the program while listening to concerns from Veterans, community providers, and VA staff, says Dr. Kameron Matthews, VA’s acting deputy under secretary of health for community care.

“Before the law was passed that created the Veterans Choice Program, VA had several other community care programs,” Matthews says. “Community care as a business line in VA became very complex with the addition of Choice. VA knew it needed to work hard internally, and with our third-party administrators and with Congress, to make community care better for Veterans.”

“Since then,” she adds, “VA has taken steps to improve care coordination by introducing new processes and better technology to smooth out coordination between VA staff, community providers, and VA’s third-party administrators, such as TriWest Health Care Alliance. Billing issues have also been a problem, and VA is implementing new industry-standard processes to improve payment timeliness and to be a better partner to our community providers.”

VA is transitioning to a new community care network (CCN) that is expected to greatly improve Veterans’ experiences with community care, especially with appointment scheduling. With CCN, VA facilities will schedule appointments with providers, instead of the Veteran having to go through a third-party company. Those companies will be required to pay claims to providers accurately and in a timely manner.

The addition of CCN addresses two of the main problems that Sayre and Mattocks found with the Choice program: appointment scheduling and providers getting paid on time.

Both researchers hope their findings will help influence implementation of the VA MISSION Act of 2018, a landmark bill President Trump signed into law earlier this year. The measure combines seven VA community care programs, including Choice, into one program to reduce the complexity in administering those programs and to make more efficient use of VA resources.

Read the full article on the VA Research website.