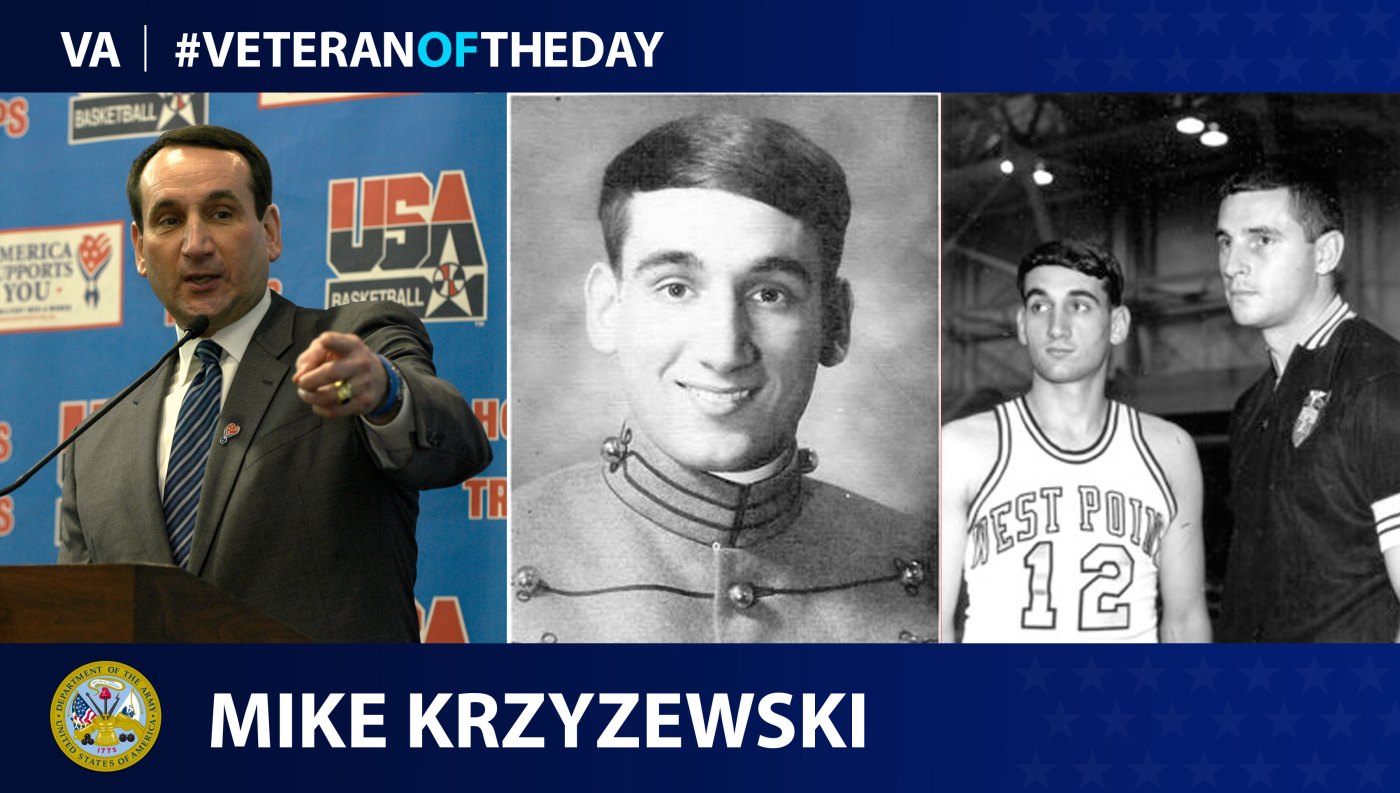 Today’s #VeteranOfTheDay is Army Veteran Mike Krzyewski. Mike served in South Korea after graduating from West Point and has had a successful career as head basketball coach at Duke University.

Mike was born in Chicago in February 1947. A devout Polish Catholic, he attended Archbishop Weber High School in the city. After high school, Mike was recruited to attended the United States Military Academy at West Point, New York.

While a cadet at West Point, Mike played basketball for Bob Knight, best known for coaching Indiana University basketball. During his senior season, Mike was team captain. He graduated from the Academy in 1969 and married his wife on the same day as his graduation. Mike then went on with his service in the Army with the rank of captain. He first served as a field artillery liaison at Camp Pelham, South Korea, just a few miles away from the boarder with North Korea. He then served at military headquarters, Yongsan Garrison, in Seoul where he coached basketball teams. Mike then was transferred to United States Military Academy Prep School in Fort Belvoir, Virginia where he was coach basketball again. In 1974, he resigned from the Army.

In 1975, Mike took the job as head coach for the Army basketball team. In 1980, he accepted a position as head coach for men’s basketball at Duke University, where he coaches today. During his career at Duke, Mike has become the winningest basketball coach in NCAA history with over a thousand wins. In addition, he has won five NCAA Championships, made 12 Final Four appearances, and won 14 ACC Tournament Championships.

In addition to coaching college basketball, Mike has also served as the head coach of the United States men’s basketball team. In 1992, he was an assistant coach on the famed “Dream Team.” As head coach, he has won Olympic gold medals in 2008, 2012, and 2016.

Top Stories Veteran of the Day