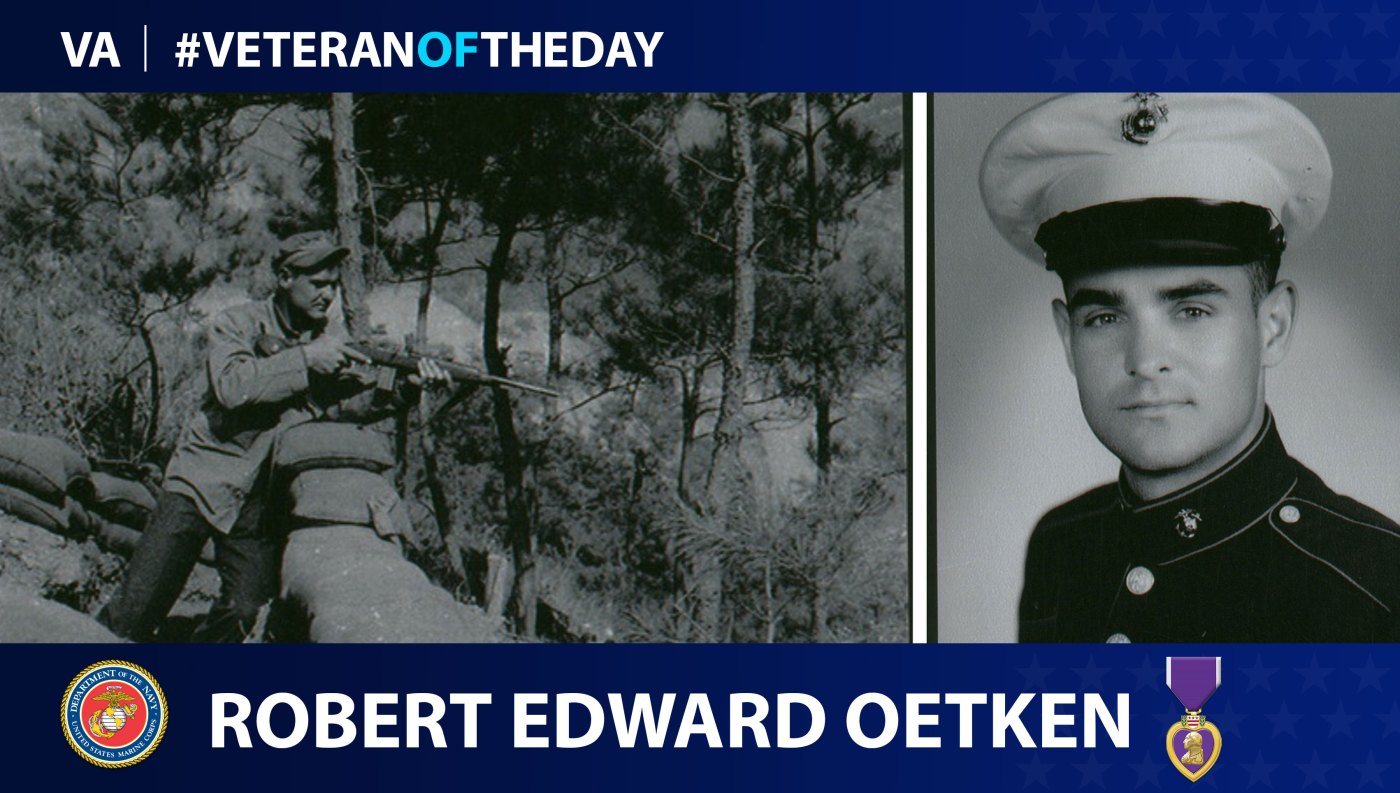 Having been too young to fight in World War II, Robert felt an obligation to serve and enlisted with the Marine Reserves at 19. After enlisting, Robert completed basic training at Parris Island, S.C.

Shortly following the outbreak of the Korean War, Robert was put on active duty and sent to Korea, where he served with 3rd Battalion, 7th Marine Regiment, 1st Marine Division.

Robert spent much of his time positioned in the mountains of Korea above the thirty eighth parallel. Entrenched in a fixed position, Robert and his fellow marines spent much of their time within shouting distance of the enemy and faced sporadic engagements.

On one occasion while on the front line, Robert and a fellow marine were hit by an enemy mortar. Robert was slightly injured in the attack; however, his fellow marine was severally injured. Despite being injured himself, Robert managed to drag his fellow marine back to a fixed position and cover him until he was able to be medevacked.

After spending over three months on the front line, Robert suffered a debilitating foot injury caused by the cold weather and an allergic reaction to his rubber general infantry boots. As a result, Robert was taken off the front lines to recover at a field hospital. During his time in the rear, Robert was assigned the duties of a military police sergeant, ensuring that casualty tents were in good repair and supplies were properly distributed.

For his injuries in combat, Robert received a Purple Heart.