VA partners with The Independence Fund to reach at-risk Veterans 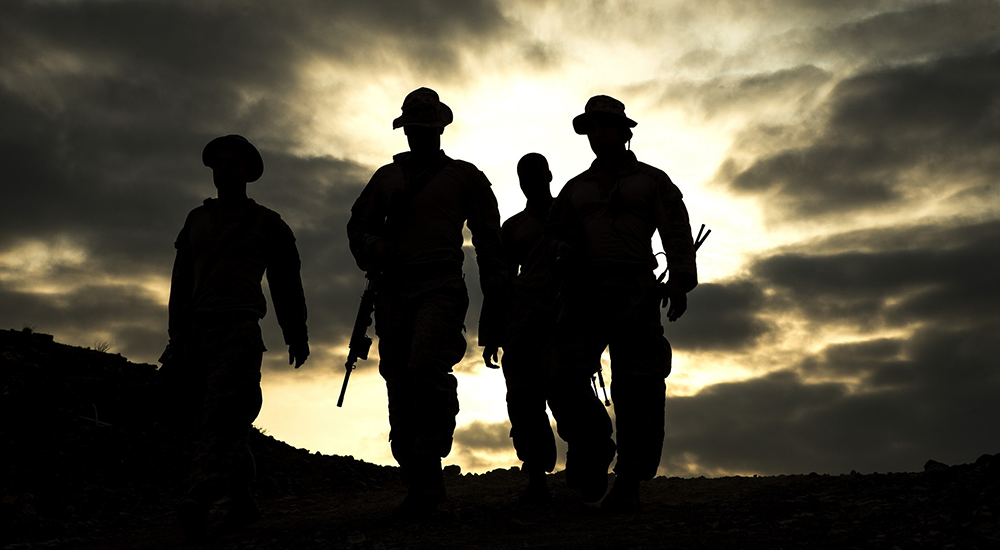 VA and The Independence Fund will reunite Veterans who have experienced some of the toughest combat conditions in Iraq and Afghanistan to engage in dialogue in ways that empower them to improve their overall well-being.

The goal of the pilot program, Operation Resiliency, is to use the common bonds of Veterans who served together to facilitate a collective effort to address personal post-military difficulties, and address any lingering effects of trauma before Veterans find themselves in crisis.

Partnerships like this one…support Veterans before they reach a crisis point.

The first reunion in 2019 will bring together Veterans at risk for suicide who served in the same unit during combat deployments.

Mental health professionals have noted the benefits of peer-to-peer support for Veterans to discuss trauma and confront suicidal behavior.  The Independence Fund and VA are partnering to take that idea one step further with this new approach.

Partnership to benefit Veterans and their families and caregivers

Suicide is a national public health issue that affects communities everywhere. Each year in the United States, more than 45,000 people die by suicide, including 6,000 Veterans.

VA has adopted a public health approach to suicide prevention that involves communities nationwide.  Partnerships are a vital part of VA’s National Strategy for Preventing Veteran Suicide, enabling VA to expand its reach and deliver care and support to Veterans where they live, work, and thrive.

That’s why VA is partnering with The Independence Fund to provide wellness and mental health education for Veterans and their families and caregivers.  VA and The Independence Fund will collaborate on suicide prevention initiatives to reach more Veterans who received care outside the Veterans Health Administration to address their overall wellness needs before they reach a crisis point.

“Our goal at VA is to prevent suicide among all 20 million Veterans nationwide, including those who do not, and may never, come to VA for care,” said Dr. Keita Franklin, Executive Director of Suicide Prevention with the Office of Mental Health and Suicide Prevention.

“To do that, we are working closely with important partners like The Independence Fund to expand our reach outside the facility walls, to deliver care and support to more at-risk Veterans.”

Founded in 2007, The Independence Fund empowers our nation’s severely wounded, injured, or ill Veterans to overcome physical, mental, and emotional wounds they sustained in the line of duty.  The Independence Fund strives to improve the lives of both Veterans and their families through its Mobility, Caregiver, Adaptive Sports, and Advocacy programs, while also bridging the gap of unmet needs of Veterans’ caregivers.

Through these programs, Veterans have received the best mobility devices available as well as services to promote their mental and physical health.