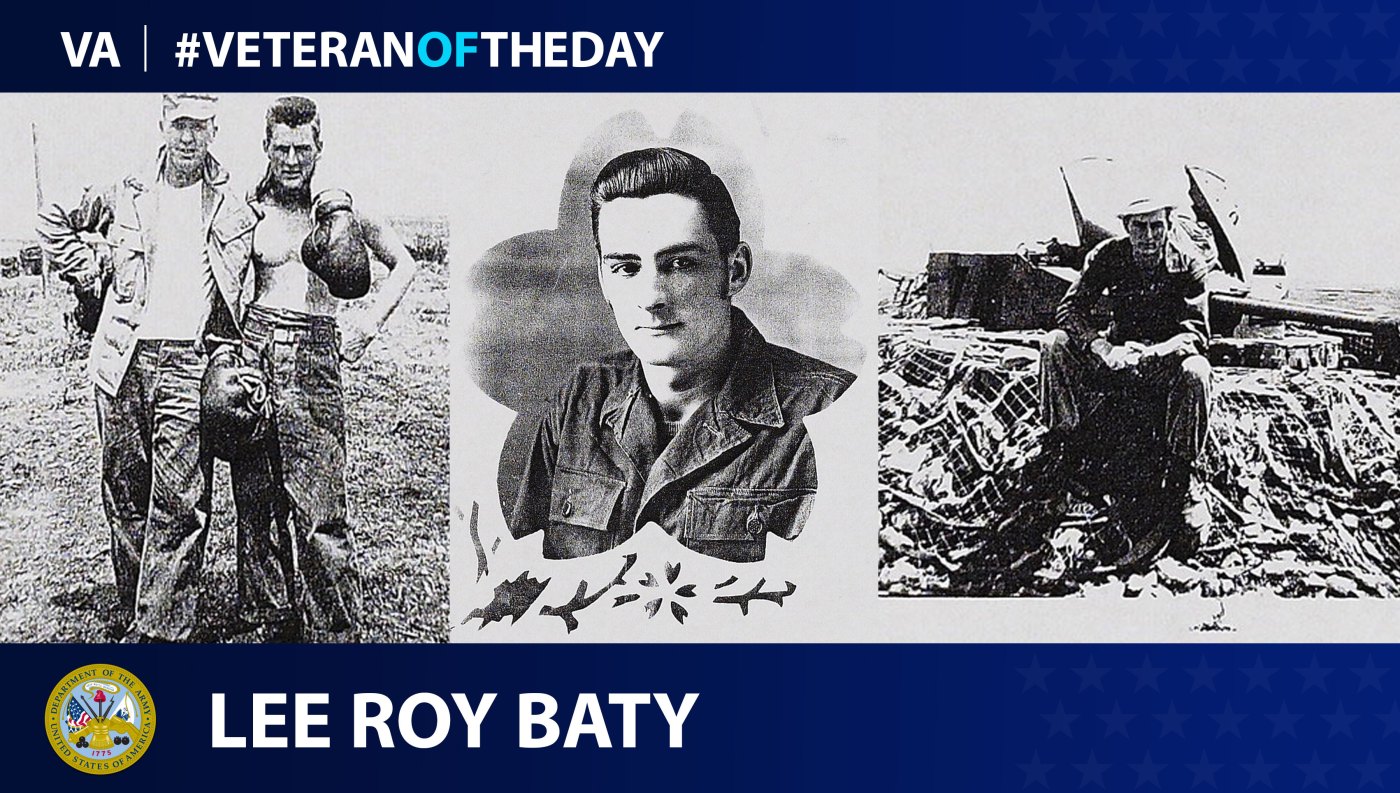 Today’s #VeteranOfTheDay is Army Veteran Lee Roy Baty. Lee served during the Korean War from 1949 to 1952.

Lee was born in Texas in 1930. Following his graduation from high school in 1949, Lee decided to convince a few friends of his to leave their small town and join the army together. He and his colleagues finished their armed forces field test at Fort Bliss, Texas on April 1 and were scheduled for two weeks leave when the Korean War broke out on June 25, 1950. His battalion then made the two-week journey to Japan. There they trained for eighteen days on new weapons including the M-19, a full tank with twin Cadillac engines.

On September 15 and 16 of 1950, his battery made beach landing on the west coast of Korea. Their assignment was to provide ground support for the Marines, marching in front of them as they entered villages or along trenches during an attack. Lee described his experience in Korea for the Veterans History Project as he explained, “It was a horrible thing, but war is horrible.” He further explained, “If they had a village that they (the Marines) couldn’t take because of the soldiers or snipers, they would call the Air Force in and have it bombed or napalmed.”

By the time his battery arrived at Seoul, the city was “leveled” and they continued on to the 38th parallel which formed the border between North and South Korea prior to and during the war. According to Lee’s account, upon their arrival at the 38th parallel neither General MacArthur nor President Truman had ordered the crossing of the border “because that might extend the war, but at the same time we pretty much had the North Koreans whipped because we had cut them off; they had left their supplies, they left, their tanks, they left their equipment and had hidden in the mountains.”

Lee was also present for the Battle of the Chosin Reservoir, which he called the worst battle of the Korean War. The Battle was part of the Chinese Second Offensive in late 1950 that failed to accomplish their goal of destroying the 1st Marine Division. Still, Lee described Chinese soldiers coming “by the thousands, the hundreds of thousands and they during the day would stay hid and at night they would come out and fight, which was the name of the war, that’s the way it was.” The weather turned severe during this time of the war with temperatures plummeting to 20 to 30 degrees below zero and the muddy roads becoming unsuitable for travel. Many casualties were a result of freezing to death or frostbite according to Lee and their weapons “would not operate good or sometimes at all because of the cold weather, snow and ice would get on them.” Lee returned home from North Korea in 1952.

Thank you for your service, Lee!