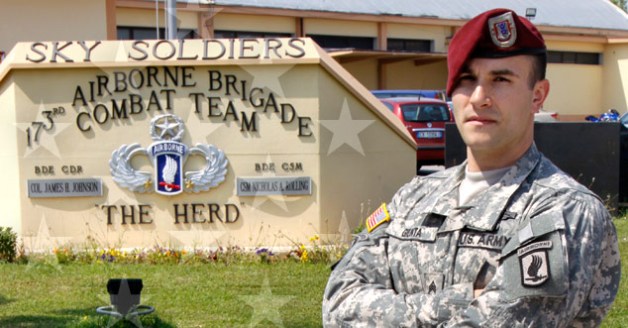 The only person in the country who doesn’t think Staff Sergeant Salvatore Giunta deserves the Medal of Honor is Giunta himself. But his battlefield exploits in the Korengal Valley of Afghanistan have become an instant legend in military and Veteran circles alike. A recent 60 Minutes interview encapsulated his sincerity and modesty that embodies the term quiet professional, and the excerpts from Sebastian Junger’s War have to be read to be believed. Sergeant Giunta will be awarded the Medal of Honor by President Obama today, making him the first living recipient since the Vietnam War. He joins a short list of men (and one woman) that faced certain death to protect their own.

The Department of Veterans Affairs extends our congratulations to Staff Sergeant Giunta, his family and the men of First Platoon, Battle Company 2/503. You can watch the ceremony at 2PM Eastern time on the cable networks or online at the White House live feed.