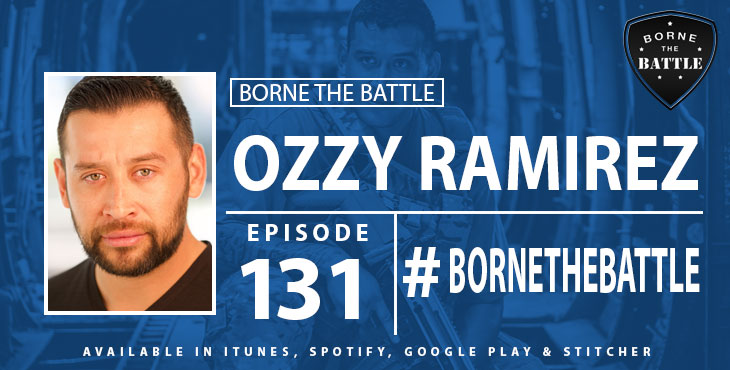 Back in October I interviewed Ozzy Ramirez, an Army Veteran that is pursuing an acting career in Hollywood. Ozzy’s interview got buried in a swarm of interviews conducted in that same time span and I just discovered it again last week. When I went back to listen to it, I remembered how great of an interview it was and how valuable it is for us to hear stories like his.

Ozzy joins Borne the Battle to discuss his time in the military, which allowed him to not only help support his family, but also become a U.S. citizen, and his bold decision to head to Hollywood in pursuit of the silver screen. You can see Ozzy’s full body of work on his page at IMDB.

You can read an entire transcript of the episode here.