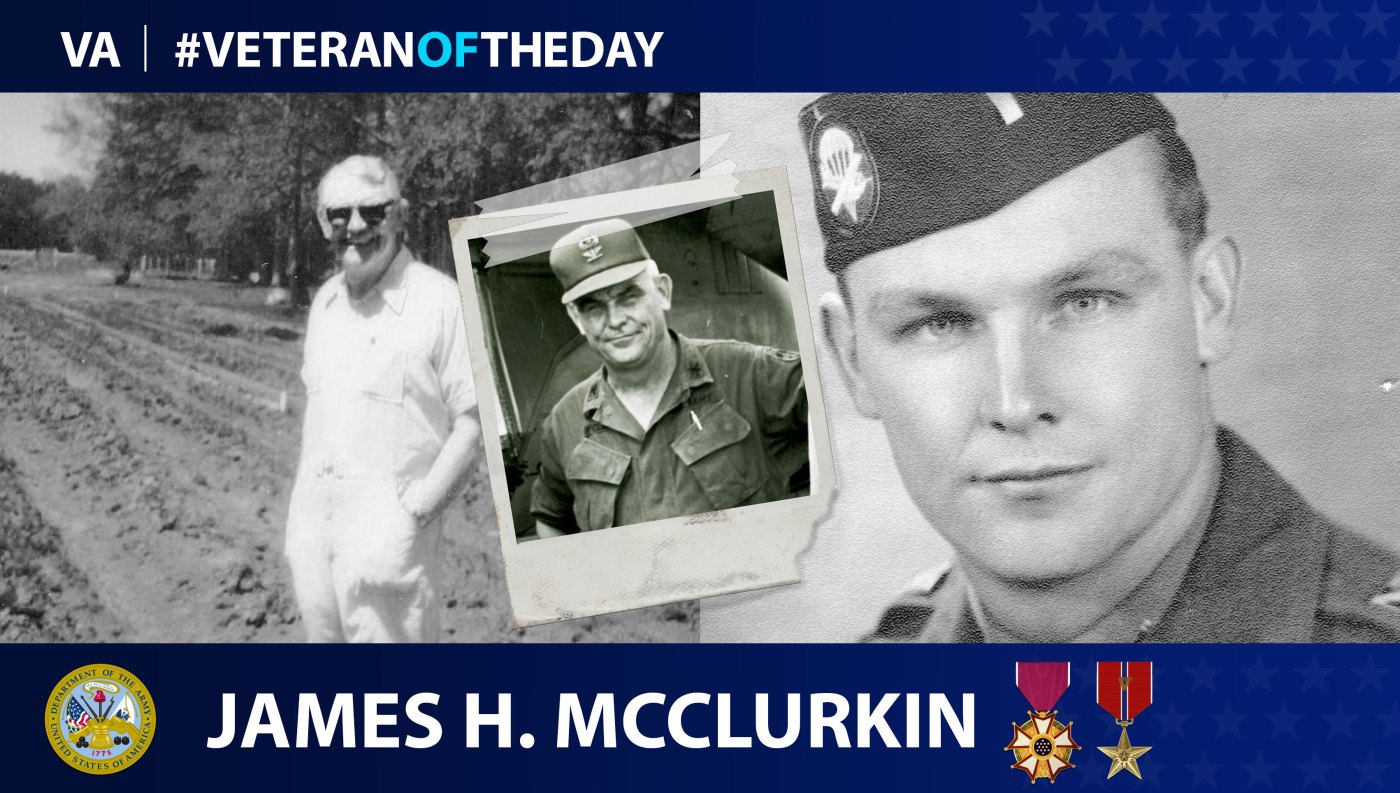 After graduating from Auburn University in 1943, Alabama native James McClurkin was commissioned as an officer in the United States Army at Fort McClellan, Alabama. There, he was assigned as an airborne artilleryman. After completing training, James was deployed to Europe with the 464th Parachute Field Artillery Battalion of the 17th Airborne Infantry Division.

On March 24, 1945, James and 16,000 of his fellow paratroopers participated in Operation Varsity. It was the largest airborne combat operation in history, with the objective of deploying Allied forces behind enemy lines in Northern Germany. As airborne artillerymen, James and his fellow soldiers paradropped with their 75mm Howitzers and tasked with establishing artillery support.

Upon landing in Wesel, Germany, James came under heavy enemy fire. Despite adverse conditions, James and his men were able to set up their 75mm Howitzer to direct fire against several fortified enemy machine gun and sniper positions. In recognition of his actions on that day, James was awarded the Bronze Star with Valor.

Following the end of World War II, James continued to serve in the Army. When the Korean war began in 1950, James was deployed as an artilleryman, marking his second combat deployment. After returning from Korea, James became aware of the newly formed Army Special Forces (Green Berets) commanded by Colonel Aaron Banks. Having been an admirer of Colonel Banks, James volunteered to join in 1952. After completing training at Fort Bragg, North Carolina, James was assigned to the 10th Special Forces and served in Bad Tölz, Germany until 1956.

In 1968, James was sent on his third combat deployment to Vietnam. While on deployment, James served in Nha Trang and Da Nang, returning to the U.S. a year later in 1969. After leaving Vietnam, James served for a short time at Fort Bragg before retiring in 1970 at the rank of colonel.

Over his 27 years of service, James became highly decorated, earning 14 medals and commendations, including the Bronze Star with Valor and the Legion of Merit for meritorious conduct. Following his retirement, James and his wife moved to a small farm in eastern North Carolina. He remained there until his passing in 1987.