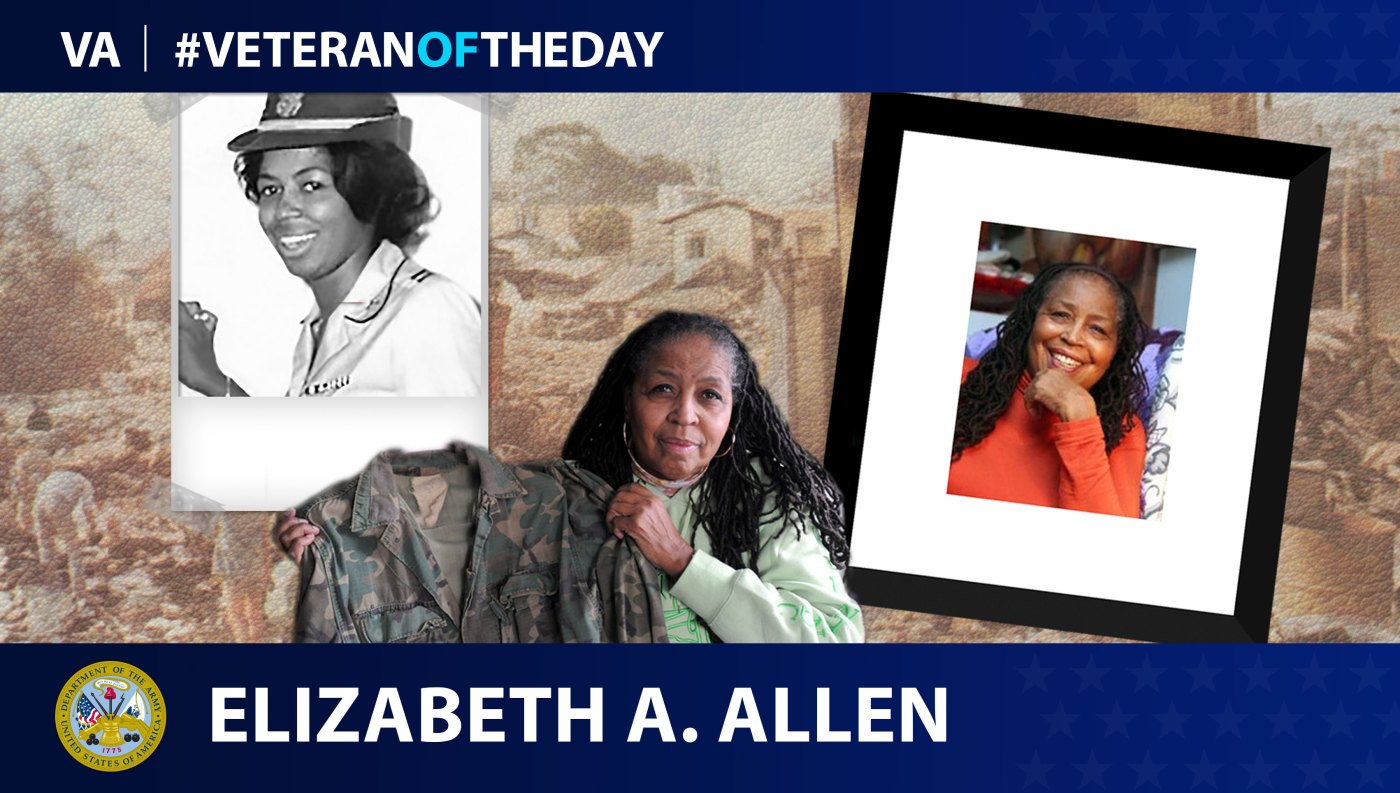 Today’s #VeteranOfTheDay is Army Veteran Elizabeth A. Allen. Elizabeth served from 1965 to 1983.

When Elizabeth was 14, her mother died from tuberculosis. Elizabeth was then moved to Huntington, where her grandmother took care of her. Elizabeth had just graduated from Ohio State University with a master’s in psychiatric nursing when she decided to join the Army Nurse Corps. She came from a military family and was aware of the lack of African Americans in the medical field.

After Officer Candidate School, she flew to Vietnam with over 300 military personnel on board. She was one of eight women and the only African American. They arrived at Tan Son Nhut. Although, she had the option to serve in a field hospital; Elizabeth opted to serve in the front lines. One night, the American side was being bombed. Elizabeth ran out to the men in the midst of danger and saved as many as she could. The hospital she worked at treated both American soldiers and enemy soldiers, and she wanted to help all her patients recover. She was able to work her way through the ranks and become a Major. Afterwards, she remained in the Army Reserves for 16 years. She dedicated her time to supporting women Veterans and to working in the Michigan Agent Orange Commission.

Thank you for your service, Elizabeth!