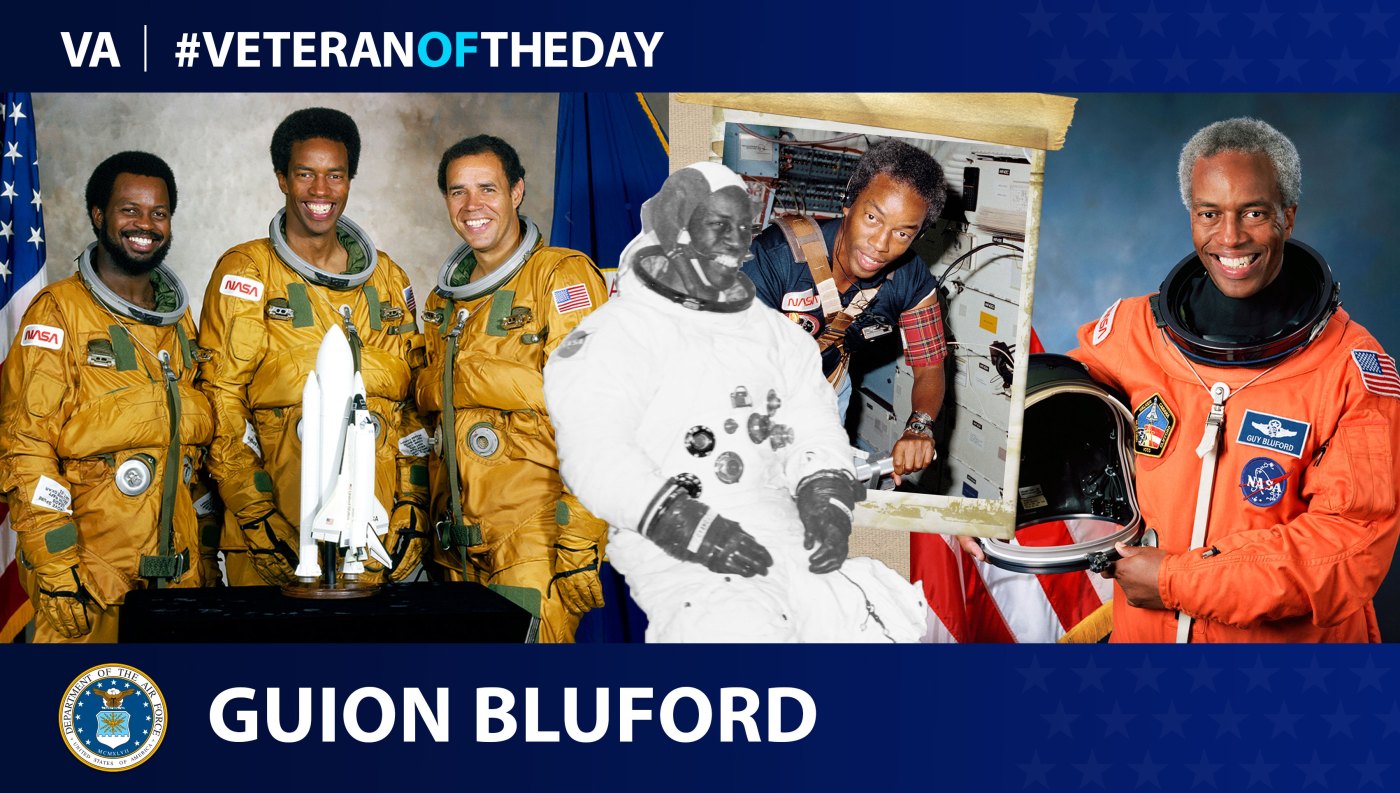 In 1942, Guion was born in Philadelphia, Pennsylvania. He attended Pennsylvania State University and attained his bachelor’s degree in aerospace engineering in 1964. After graduation, he earned his pilot wings at Williams Air Force Base, Arizona. He received combat crew training and was assigned to the 557th Tactical Fighter Squadron at Cam Ranh Bay, Vietnam, where he flew 144 combat missions, 65 being over North Vietnam.

While finishing his thesis, Guion was selected along with 35 others, including the first women astronauts, by the National Aeronautics and Space Administration. Guion served as a mission specialist on four space flights, STS-8, STS-61-A, STS-39 and STS-53, and logged over 688 hours in space. In 1983, Guion became the first African-American in space aboard the Challenger shuttle on the STS-8 mission, which also was the first mission with a night launch and landing. While working for the National Aeronautics and Space Administration, Guion also earned a second Master’s in Business Administration in 1987.

In 1993, Guion retired from the Air Force as a colonel and continued his career in the private sector. For his service, he earned the Vietnam Campaign Medal, Vietnam Cross of Gallantry with Palm, Vietnam Service Medal, three Air Force Outstanding Unit Awards, Air Force Commendation Medal and numerous others. Guion was inducted into the International Space Hall of Fame and United States Astronaut Hall of Fame in 1997 and 2010 respectively.

He and his wife, Linda had two children: Guion III and James.

Thank you for your service, Guion!